Our past, present and future 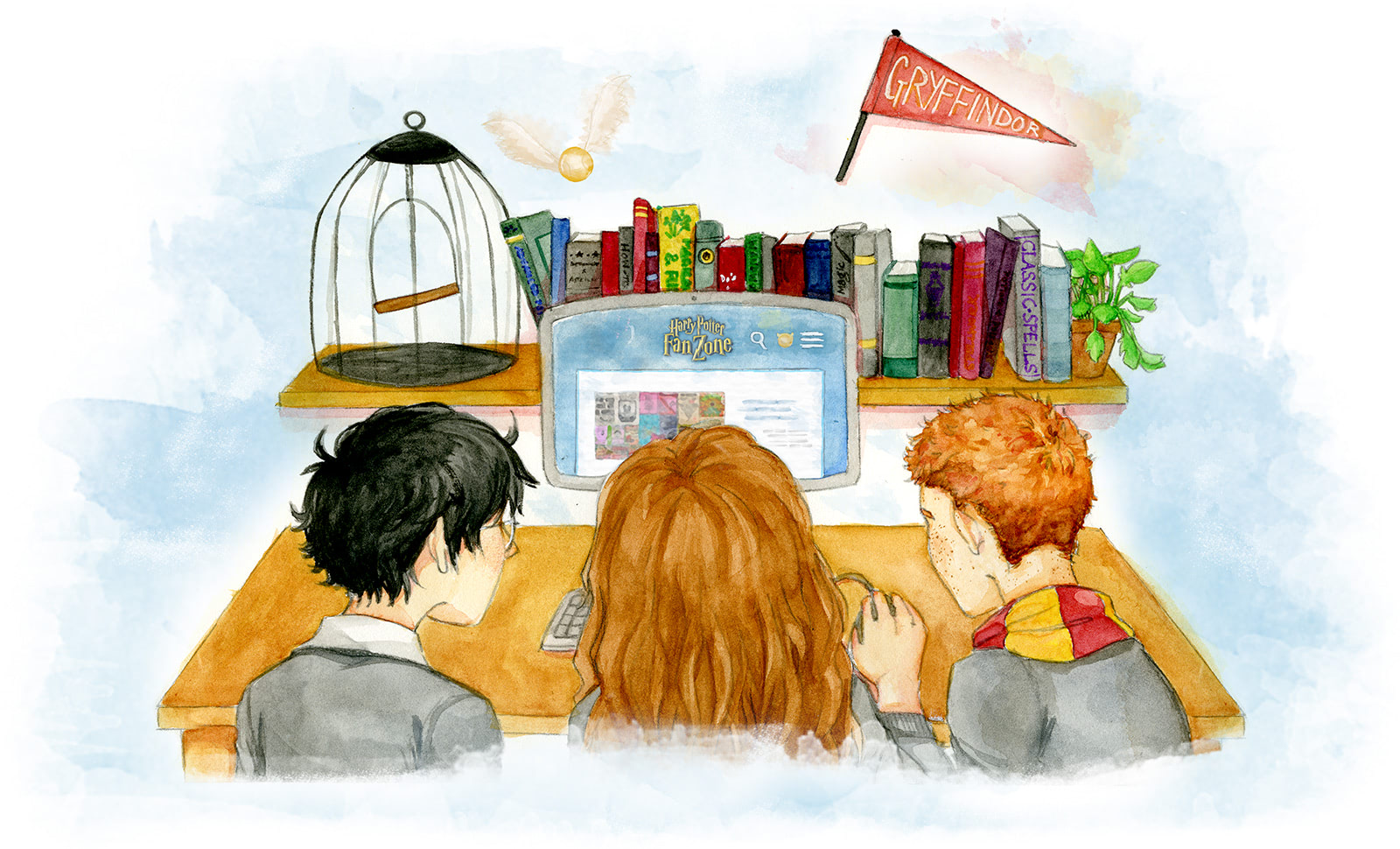 Exactly sixteen years ago, Harry Potter Fan Zone opened its digital doors for the first time. The sixth ‘Potter’ book was but a draft on J.K. Rowling’s desk, Alfonso Cuarón was only months away from introducing his cinematic contribution to the Wizarding World and Newt Scamander was nothing more than a fictional pseudonym. It’s been close to two decades since that day and I’d like to mark the anniversary by unveiling the biggest makeover in the website’s magical history.

While we haven’t joined forces with the Death Eaters — nor have we been hiding Horcruxes across the net — Tom Riddle’s famous unmasking quote is the perfect way to unveil what is much more than just a cosmetic overhaul. Lord Voldemort is not our past, but let’s jump into the Pensieve for a quick trip down memory lane. Back in 2003, both the Wizarding World and World Wide Web were in relative infancy. We were one of a truly international and groundbreaking menagerie of Harry Potter fan websites — a global and welcoming community of Boy Wizard enthusiasts who crafted their own humble platforms to deliver a daily dose of news, rumours and analysis.

If you were part of those early Wizarding World days you’ll remember the anecdotes: book six was Harry Potter and the Green Flame Torch, Ian McKellen was Albus Dumbledore, and rumours that Daniel Radcliffe had outgrown his onscreen creation and a major casting change was imminent were never far away. As a collective, we worked closely with Warner Bros., Bloomsbury and Scholastic and I had the absolute privilege of bringing our readers personal insights into shooting sessions at the Harry Potter film set, official press junkets and red carpet movie premieres. There was never a dull day in the Muggle world.

Short of obtaining a prototype Time-Turner (ahem, they were all destroyed), those golden days are now part of ‘Potter’ history. Today, the fan site is just one part of an ever-spreading tapestry of both free and subscription-based digital Harry Potter platforms. Social media accounts, mobile apps and first-party sources like Pottermore (now Wizarding World) all exist to inform and entertain 21st century Muggles. As a result, Harry Potter Fan Zone has undergone a year-long behind-the-screens transformation — a labour of love to lay the groundwork for a digital fan site of the future. Enter, our present. 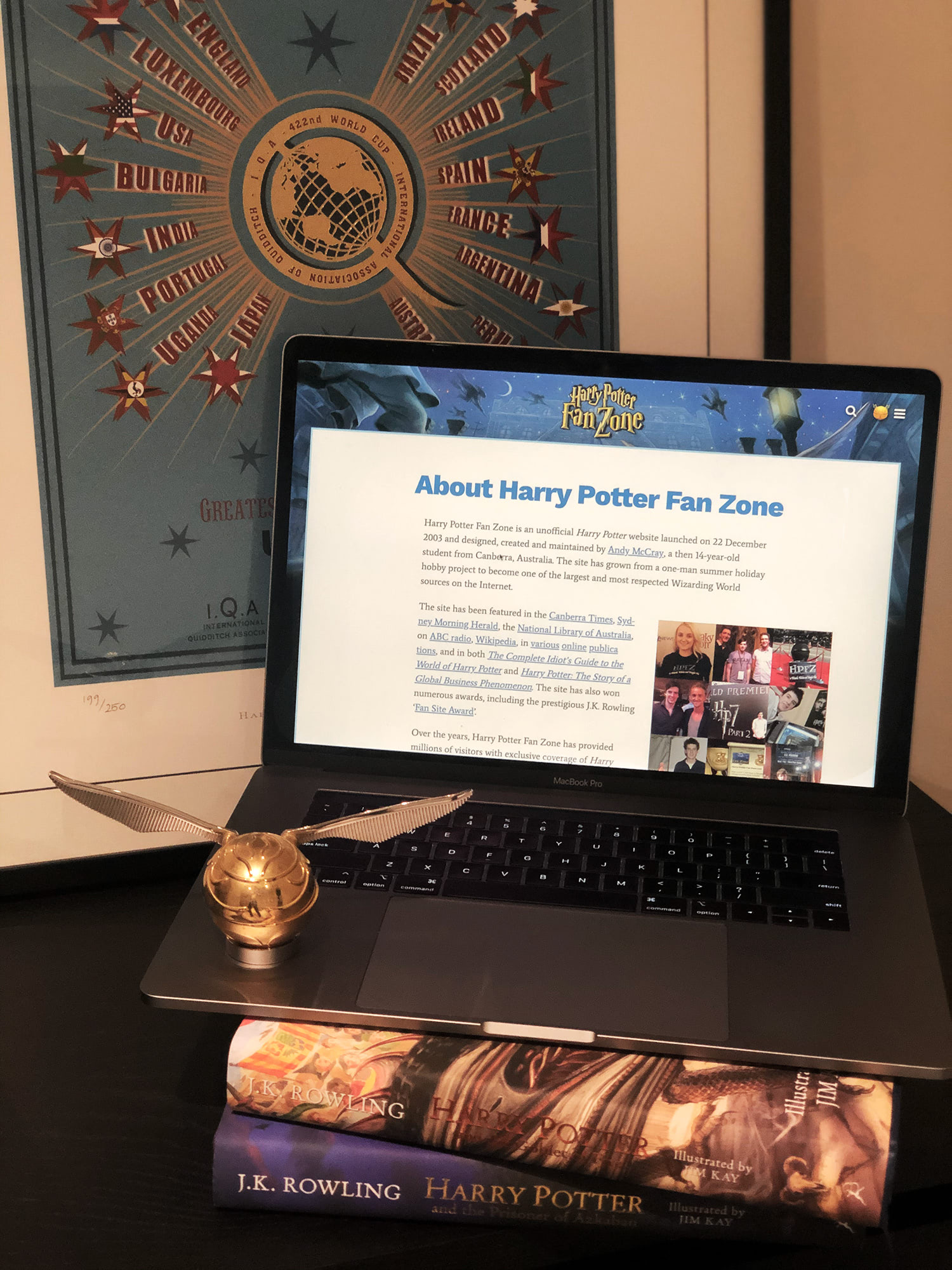 While we’ll still report the biggest Wizarding World news stories — the bread and butter of the fan site — our focus today shifts towards creating insightful and analytical pieces which take the reader inside the magical world in unique depth and detail. We began that journey this year with a two-part Harry Potter and Fantastic Beasts profile of graphic design wizards MinaLima and comprehensive early-reviews of the Goblet of Fire illustrated edition, Prisoner of Azkaban house editions and Wizards Unite mobile game. We also sat down with composers Patrick Doyle and Nicholas Hooper to provide unique insight into how their Harry Potter film music was written. There’s much more where that came from — but we can’t say too much just yet.

We’ve also greatly expanded the scope of our content offerings with original comprehensive guides to the 20th anniversary house editions and illustrated editions, and rewritten much of our encyclopaedic content to reflect the magical world of today. For the modern ‘Potter’ fan, new collectible checklists for Funko Pop! figures, LEGO sets and minifigures are just a click away. We’ve painstakingly restored our favourite Harry Potter news stories and exclusives from the last two decades and built a brand-new Wizarding World picture gallery which you can explore by category (I personally love the book cover and movie poster sections) or year. We’ve written hundreds of thousands of magical words and collected thousands of ‘Potter’ pictures over the decades — today we want to be an exhaustive ‘Potter’ resource where both modern and archival chronology are accessible, searchable and fun.

There’s never been a more important time for a fan site to serve Harry Potter fans. With an increasingly commercialised canon clouded by clickbait and character limits, I wanted to build a resource that was fast, accessible and free. A platform that would inform the Wizarding World community of today while harnessing the web technologies of tomorrow. I firmly believe the Harry Potter fandom is a mature, inclusive and diverse community and that there is still a home for thoughtful and long-form content. J.K. Rowling once called Harry Potter Fan Zone ‘impressive’ and ‘insightful’ and that’s an endorsement I couldn’t be prouder to uphold and build upon. As the Wizarding World continues to expand, there’s never been a more crucial time for authentic and authoritative fan voices to join the conversation.

So whether you’ve been with Harry since the beginning, or Newt’s prequel stories are your introduction to all things magical, we’d love Harry Potter Fan Zone to be your digital destination of choice for all things Wizarding World. This rebuild has been a passion project for much of the last twelve months and the culmination of sixteen years of Harry Potter and digital media enthusiasm. If you’d like to get in touch, we’d love to hear your feedback: we’re on Twitter, Facebook and Instagram, as well as plain-old email. If you’ve read this far we’d love for you to check out our brand new home page and discover what else is new.

Heres’s to another decade of magic — Mischief Managed!