The Wizarding World is rich with typographic goodness. Read on to explore and download from our eclectic collection of free Harry Potter and Fantastic Beasts inspired fonts — perfect for that next newsletter, craft or graphic design project. 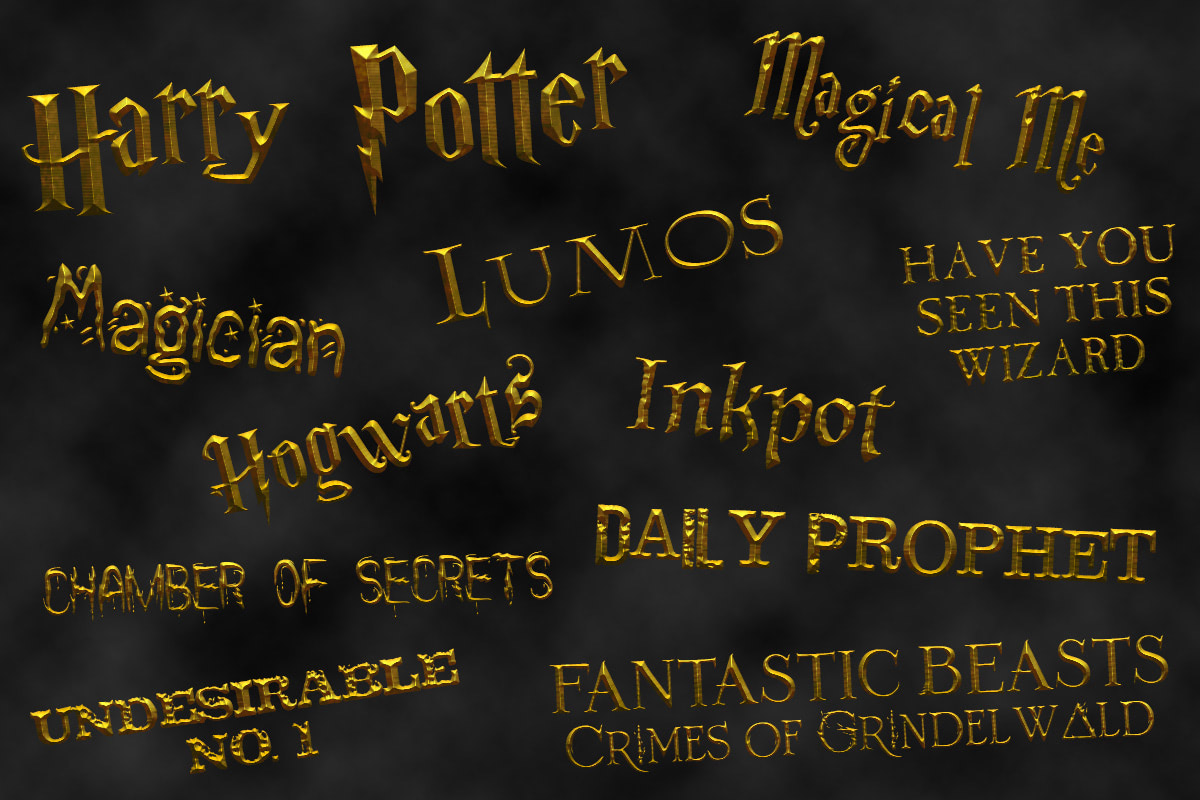 Download our curated collection of Wizarding World fonts to add a touch of ‘Potter’ magic to your next digital design project.

Harry P is the earliest and most popular recreation of the Harry Potter film logo, which is itself inspired by Mary GrandPré’s original American book cover. Download this typeface to add Harry Potter titling to your projects. Looking for a Harry Potter logo tutorial? We’ve got your back. 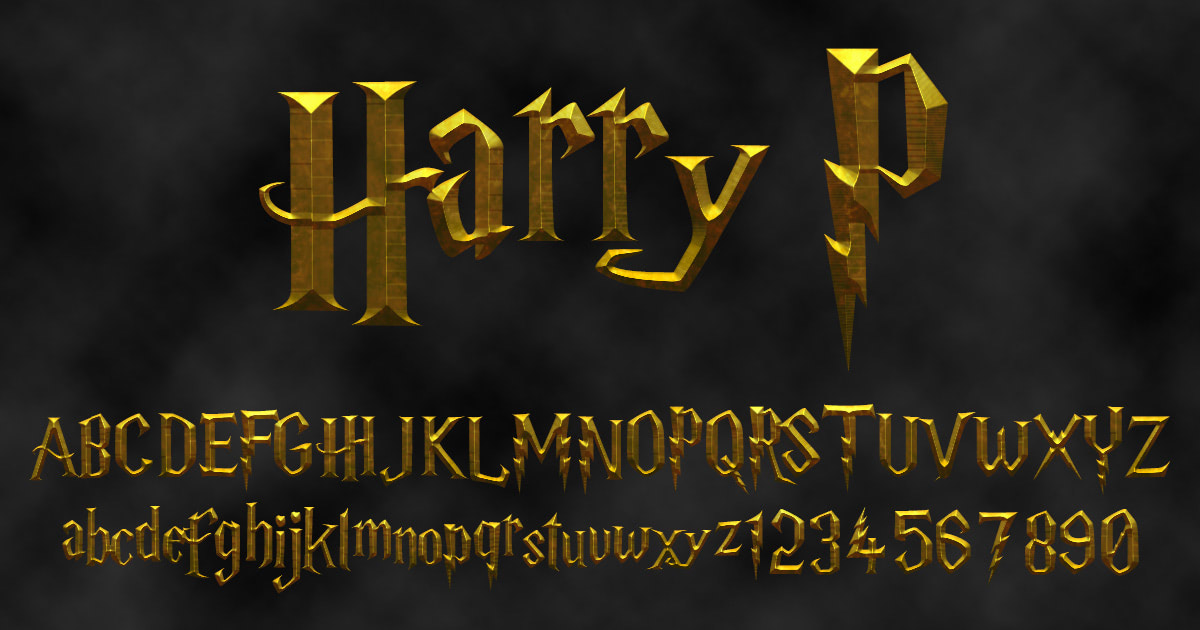 Lumos is a typeface inspired by the chapter titles in the US editions of the Harry Potter books. It also includes a number of Harry Potter symbols, including a broom and Golden Snitch. 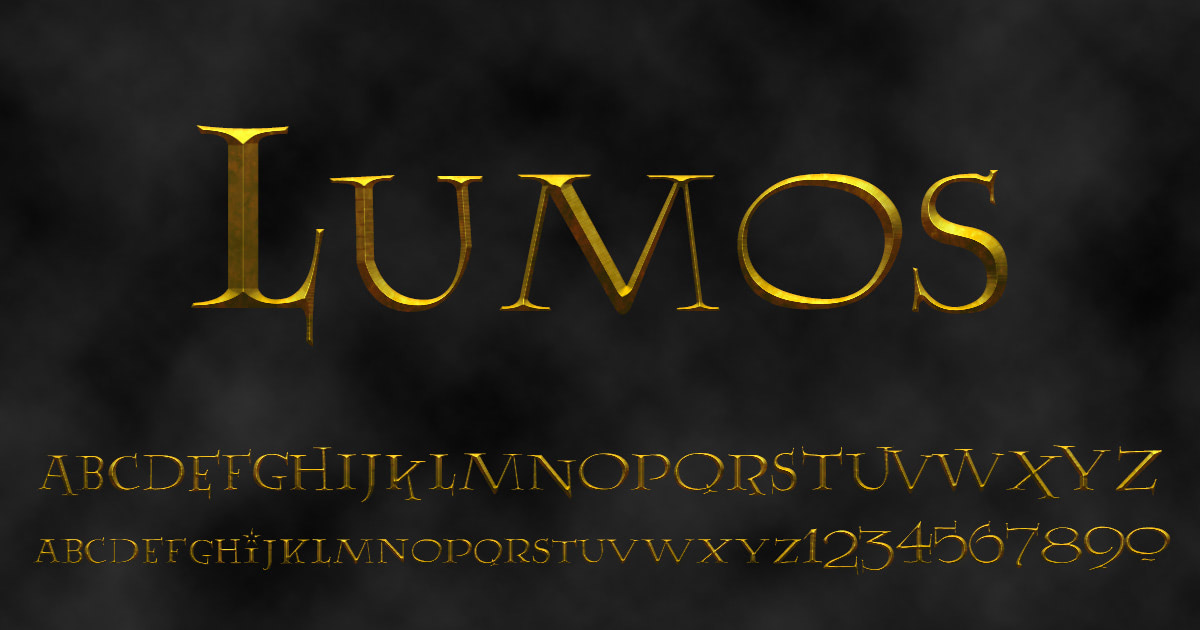 Magical Me (also known as Parry Hotter) is a typeface inspired by our favourite magical fraudster Gilderoy Lockhart and his autobiography, Magical Me. 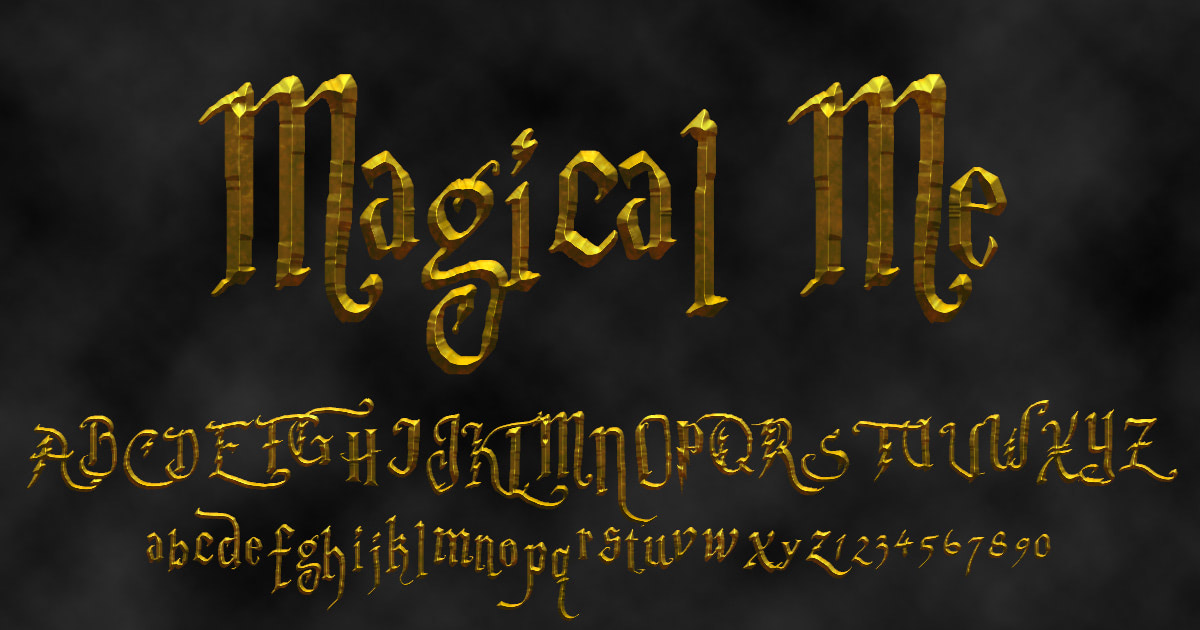 This typeface is inspired by the logo for the Fantastic Beasts prequel series. Channel Newt, Tina, Queenie and Jacob and use this fantastic typeface in your next project. 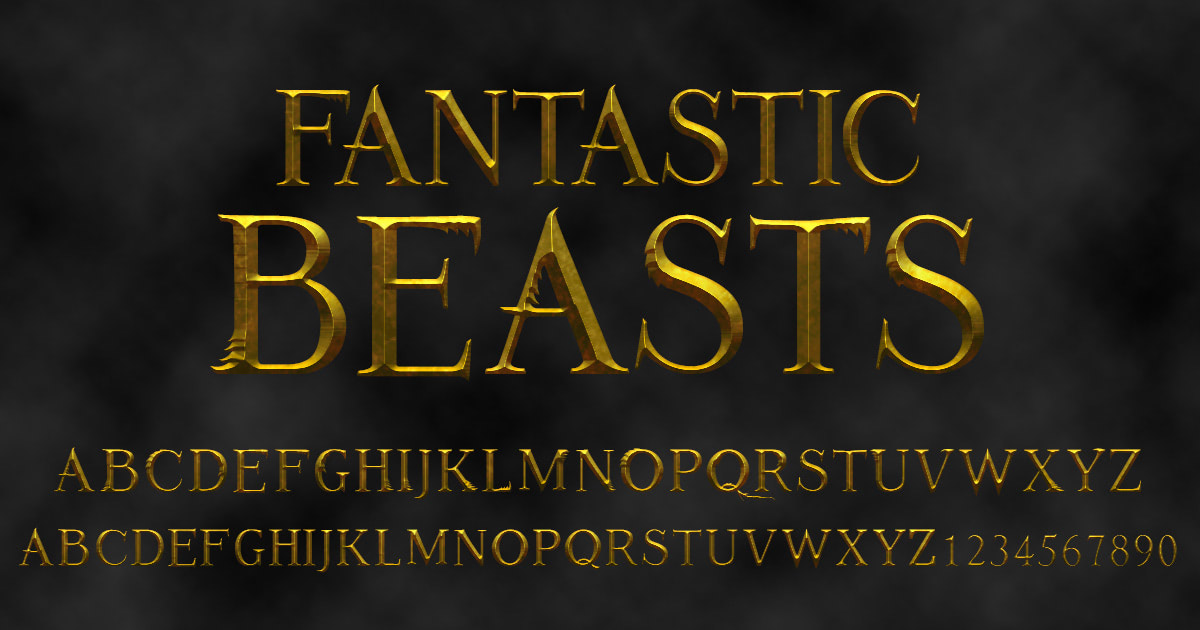 Crimes of Grindelwald is a typeface inspired by the logo created for the first Fantastic Beasts sequel. The typeface also includes a bunch of glyphs (like the Elder Wand) so that you can recreate the film’s stylised title card. 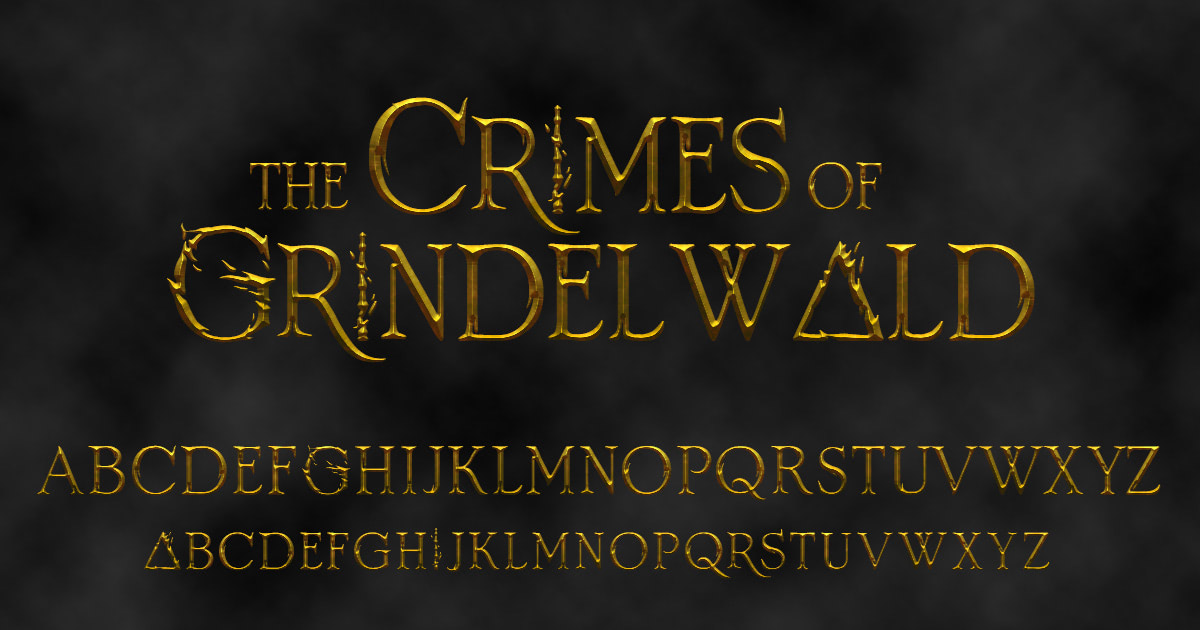 Parseltongue is a typeface inspired by the language used to communicate with snakes in the Harry Potter universe. 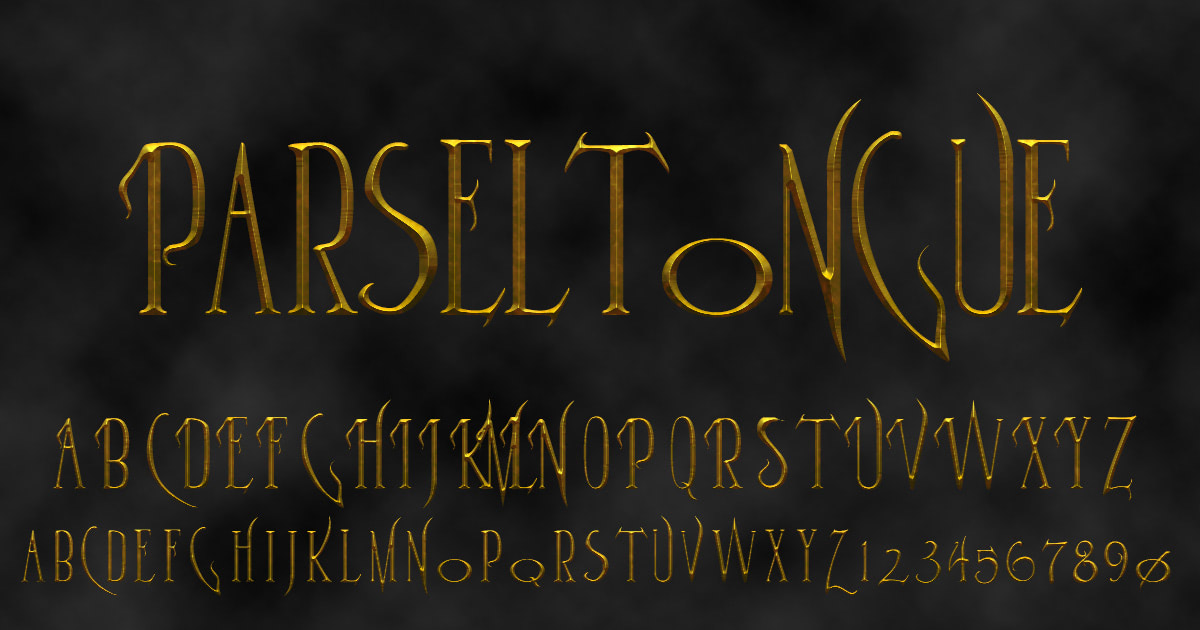 Hogwarts Wizard is a handwriting font inspired by the Harry Potter universe. 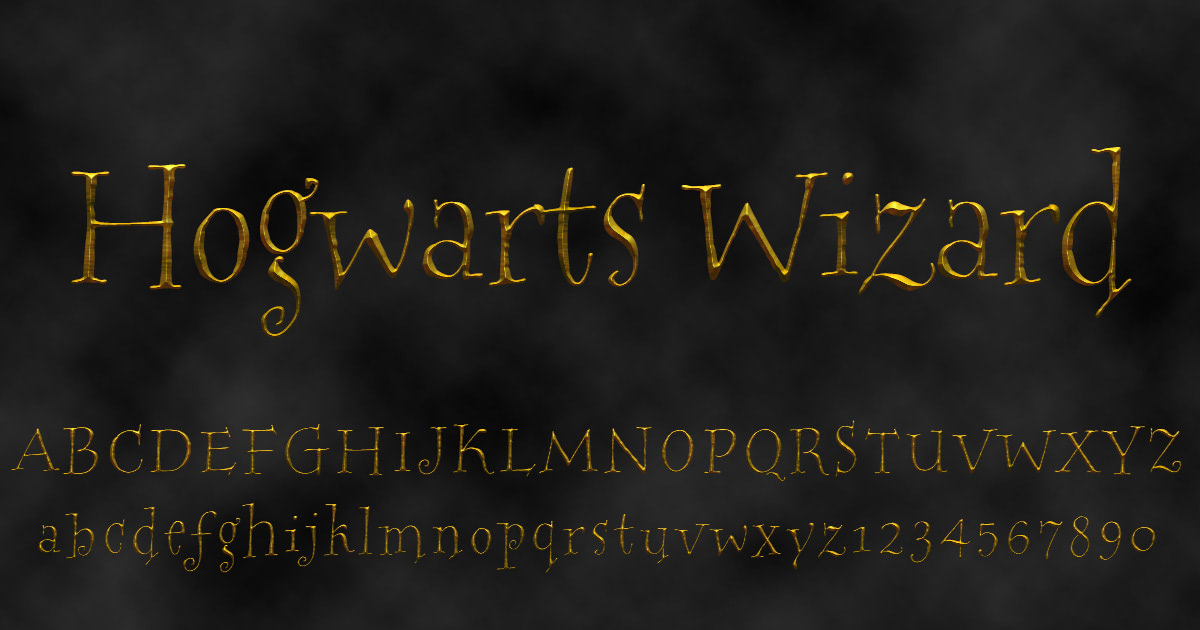 Have You Seen This Wizard 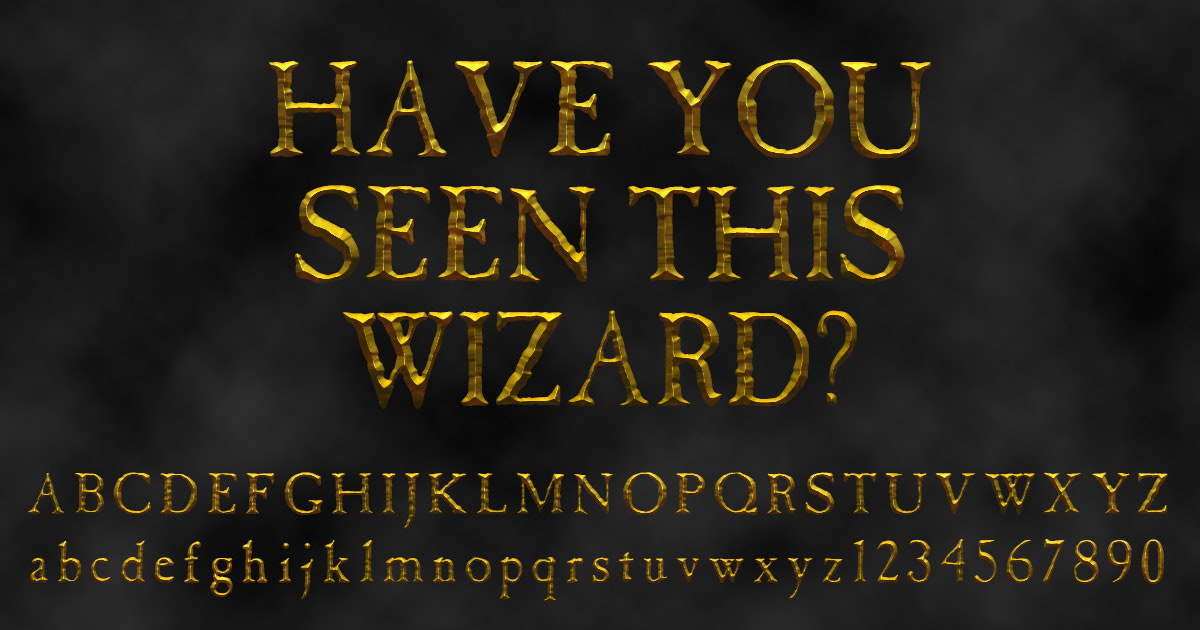 ‘I know you get Friday afternoons off, so would you like to come and have a cup of tea with me around three?’ Recreate Hogwarts gamekeeper Rubeus Hagrid’s scrawling handwriting with the Hagrid typeface. 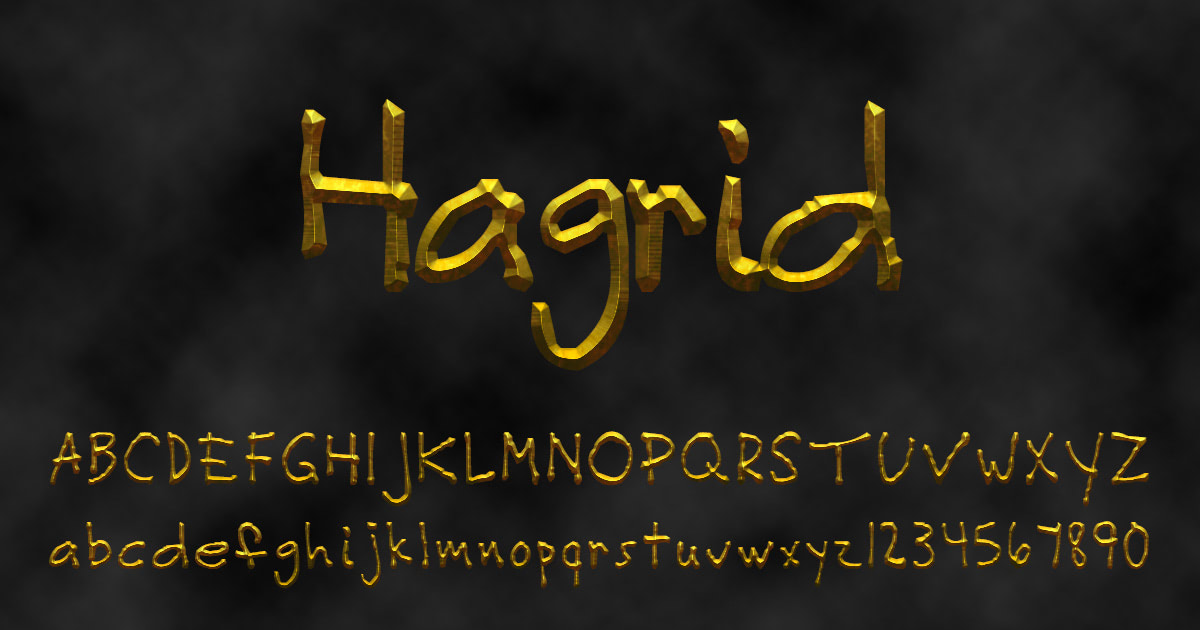 Enemies of the heir, beware. The infamous writing-in-blood found during the events of Harry Potter and the Chamber of Secrets. Create your own scary messages with It’s Scary Now. Just don’t look the Basilisk in the eye! 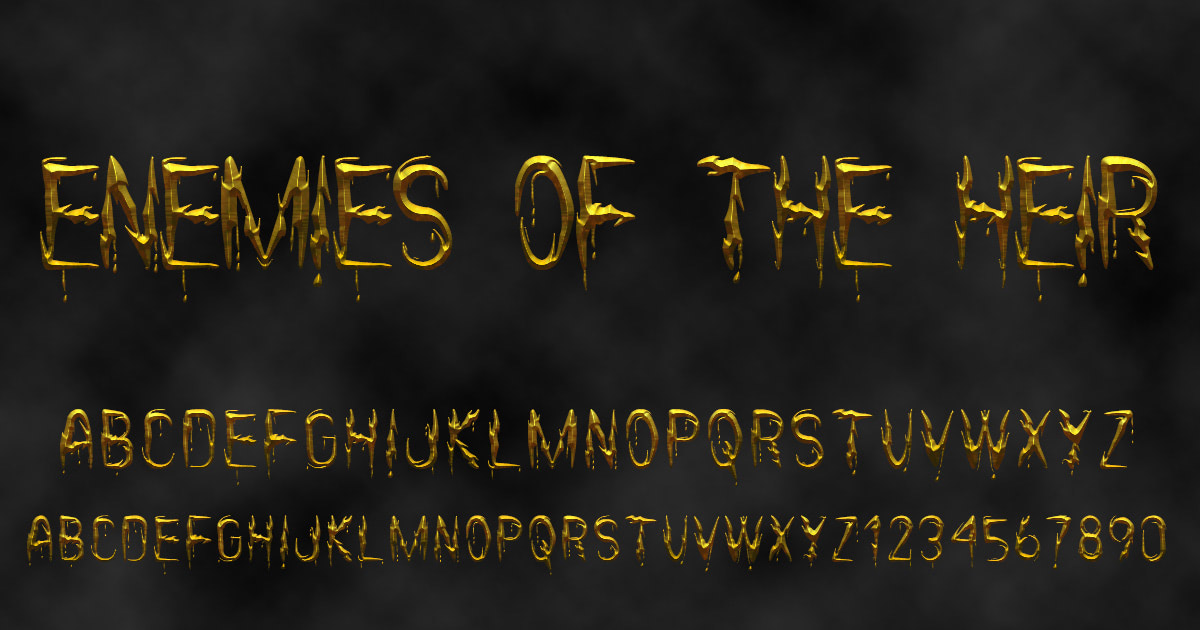 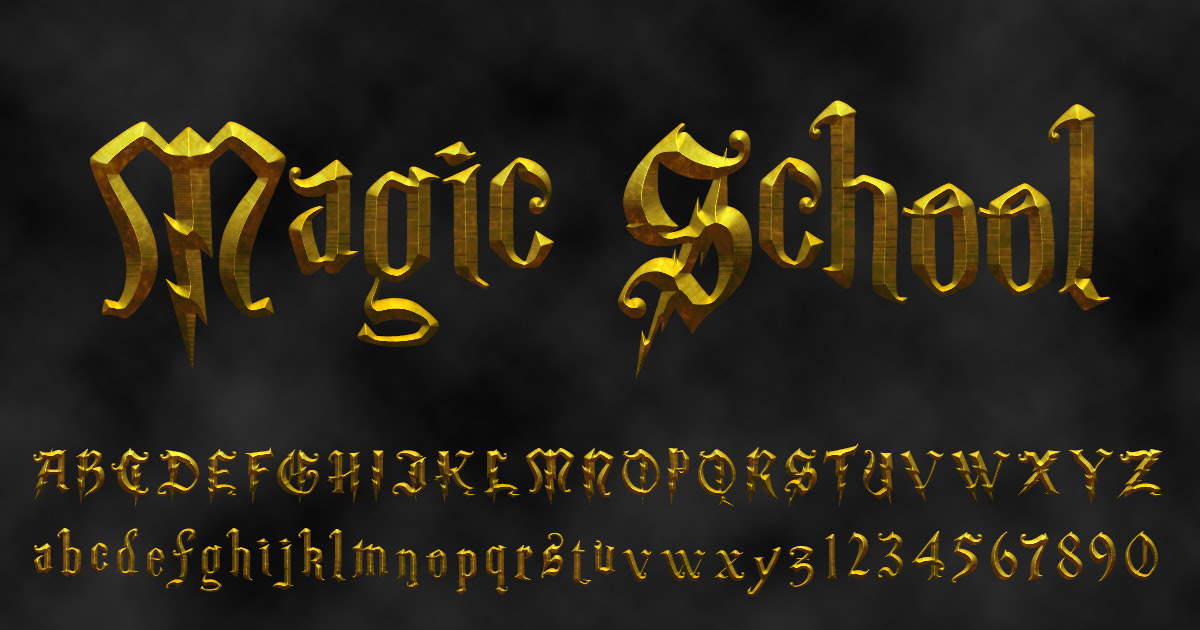 ‘As he straightened up and glanced around the office for fresh hiding places he saw a poster of himself on the wall, with the words UNDESIRABLE NO. 1 emblazoned across his chest.’ Download this typeface to recreate the famous poster as seen in Harry Potter and the Deathly Hallows. 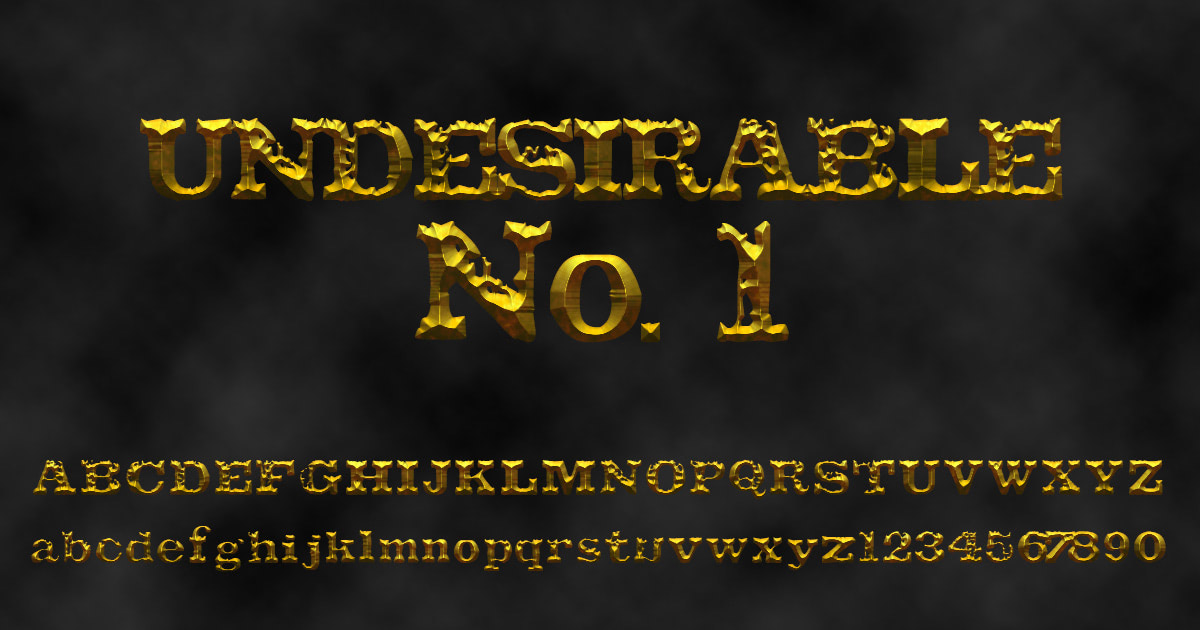 It All Ends Here

It All Ends Here, the tagline for the final chapters in the Harry Potter saga: Deathly Hallows: Part 1 and Part 2. This typeface, titled Harry Potter 7, is inspired by the lettering on the infamous poster showing Hogwarts Castle on fire in the midst of a battle between good and evil. 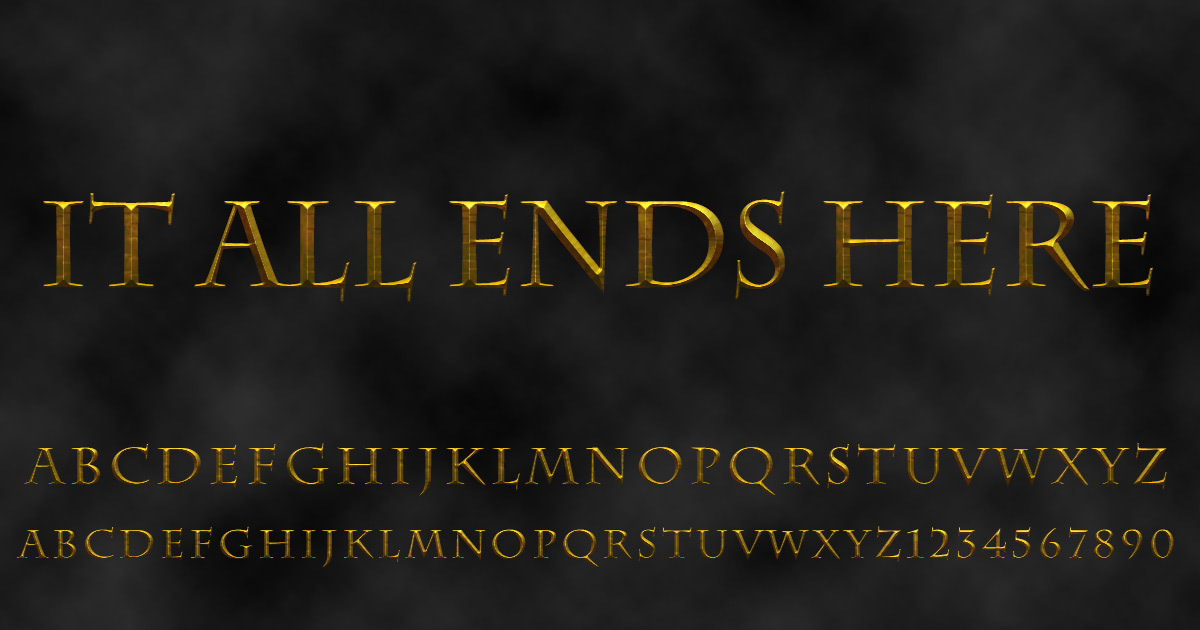 Aquiline is a cursive typeface. Think quills and parchment and Hogwarts students furiously scribbling away at their O.W.L. and N.E.W.T. exams. 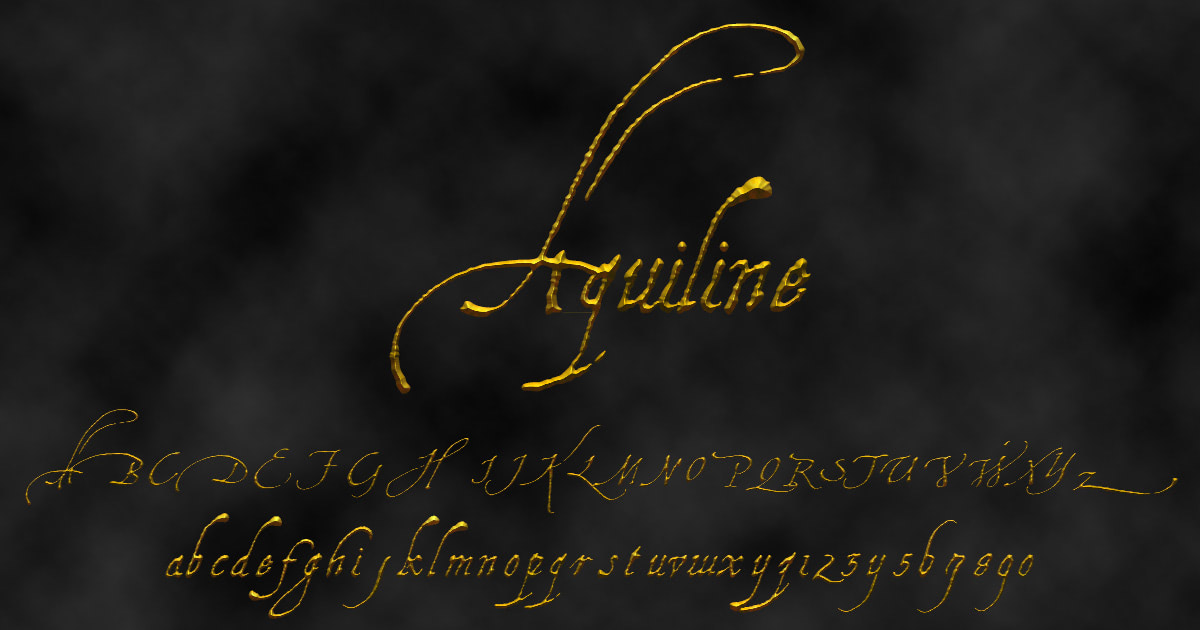 Inkpot, like the name suggests, is a typeface inspired by ink and quill handwriting. 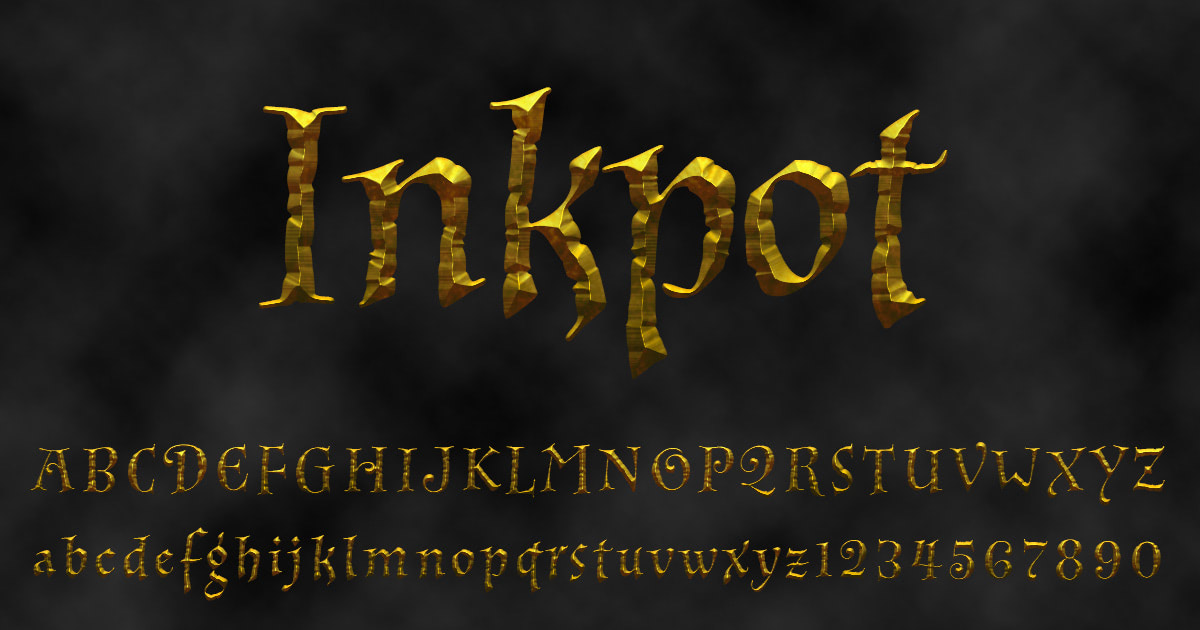 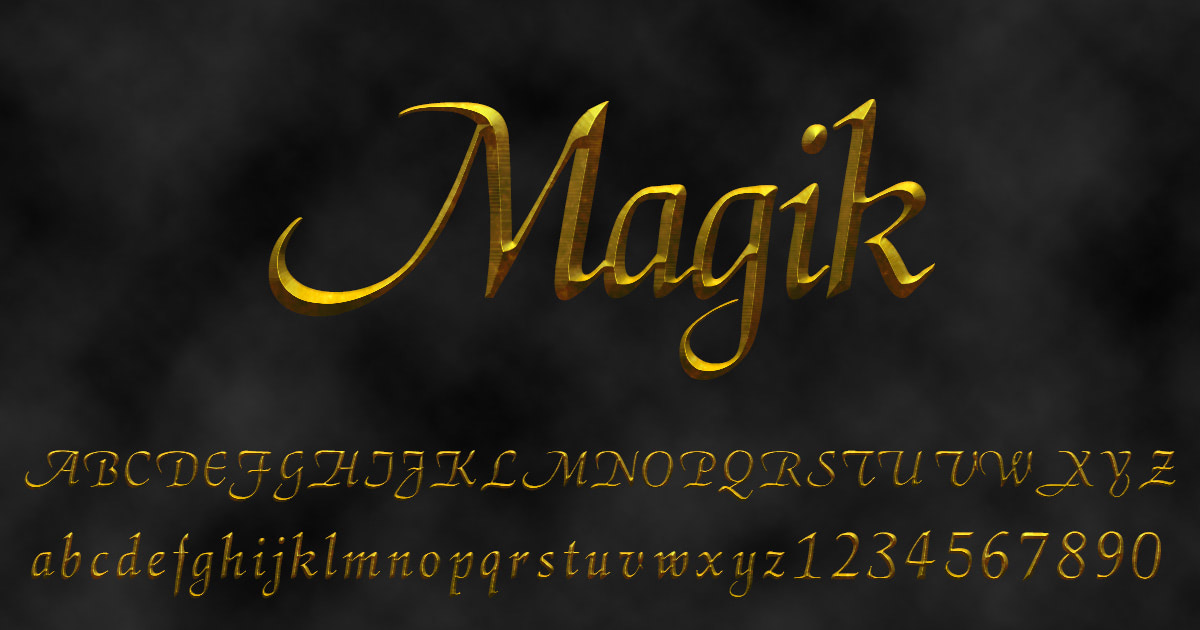 Download Beedle the Bard to recreate the lettering in Hermione Granger’s copy of The Tales of Beedle the Bard (the book bequeathed to Hermione by Albus Dumbledore), as seen in Harry Potter and the Deathly Hallows: Part 1. 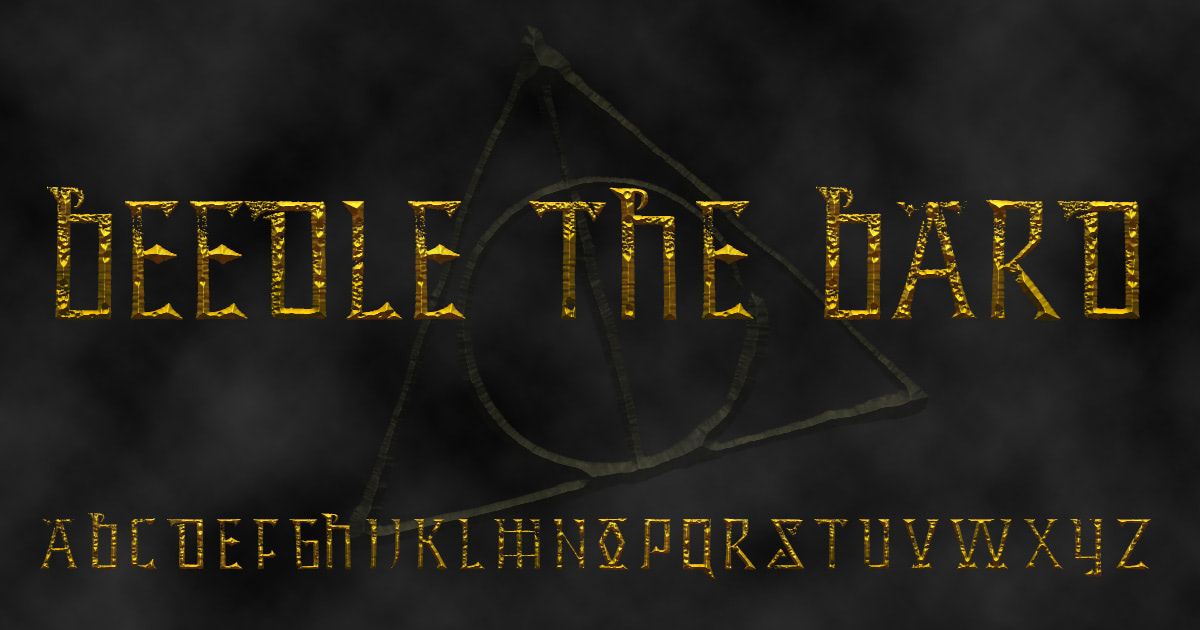 Add a magical touch to any project with Magician, a Harry Potter themed typeface that captures the magic of spells, potions, incantations and all things Wizarding World. Just swish and flick! 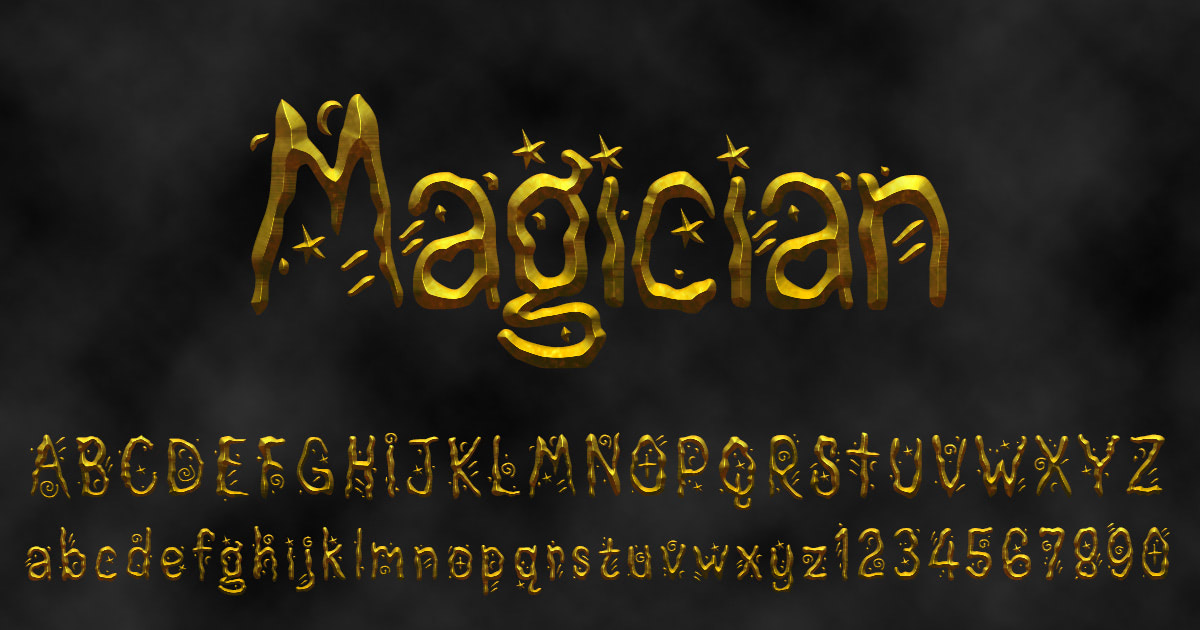 I MUST NOT TELL LIES, the famous words etched on Harry Potter’s hand by Dolores Umbridge. Scratched Handwriting is the perfect typeface for achieving this look in your projects. 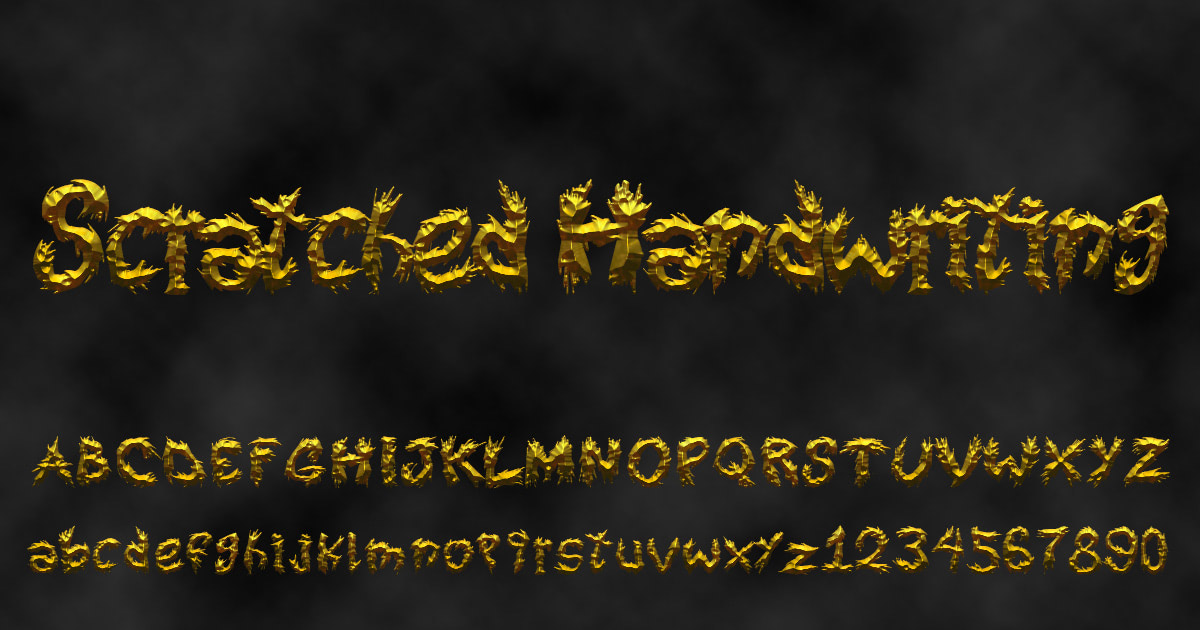 ‘Troll in the dungeon!’ uttered Professor Quirrell during Harry Potter’s first Halloween at Hogwarts. October 31st is a very important date in the Harry Potter universe. Create your own Halloween inspired graphics with this spooky typeface. 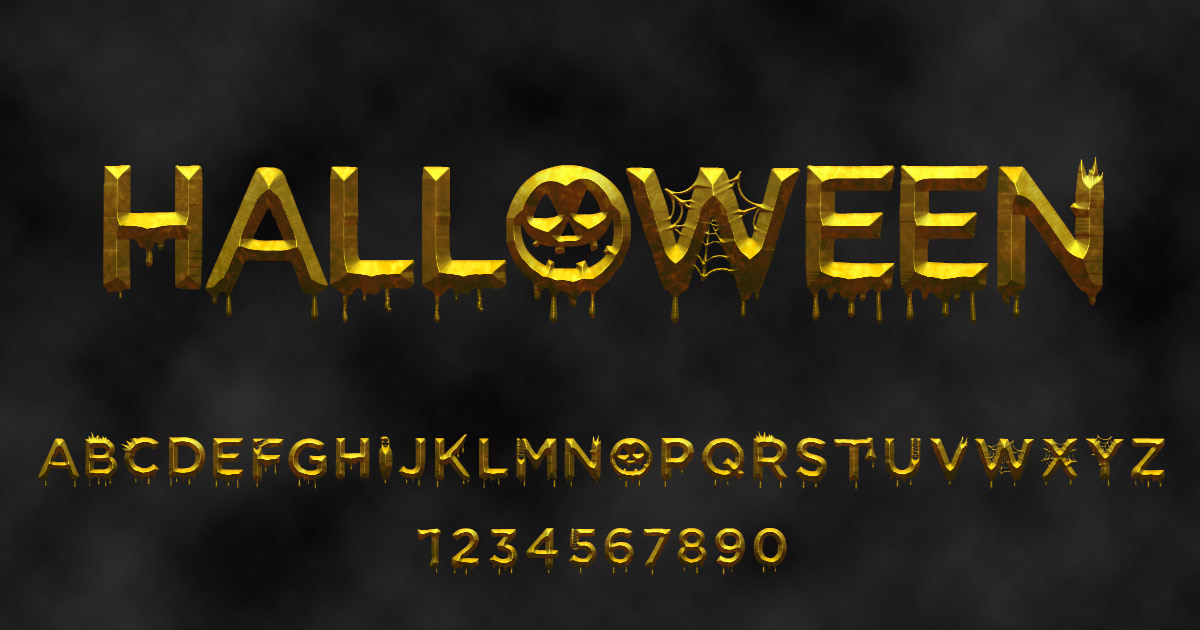 The Daily Prophet is a typeface inspired by the headlines in the eponymous wizarding newspaper. Channel the ridiculous writings of Rita Skeeter and create your own ‘The Boy Who Lies’ or ‘He Who Must Not Be Named Returns’ style headline. 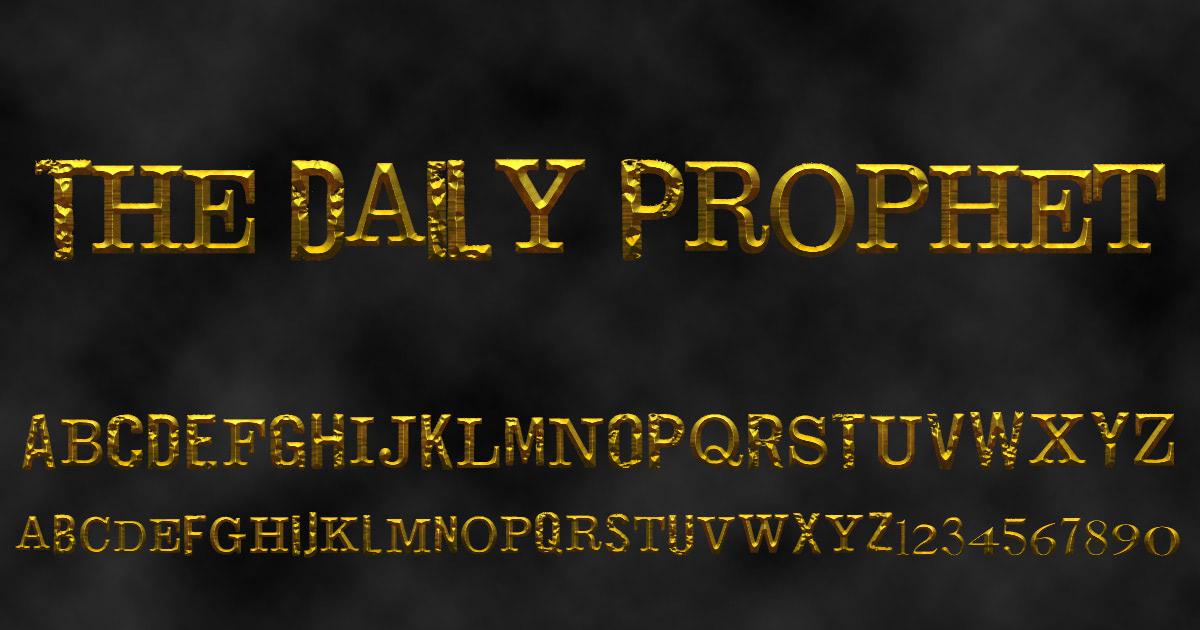 What’s Dolores Umbridge’s favourite font? Hint: it’s the one used on her Educational Decree proclamations to outlaw behaviour at Hogwarts. This typeface is inspired by the educational decrees as seen in Harry Potter and the Order of the Phoenix. 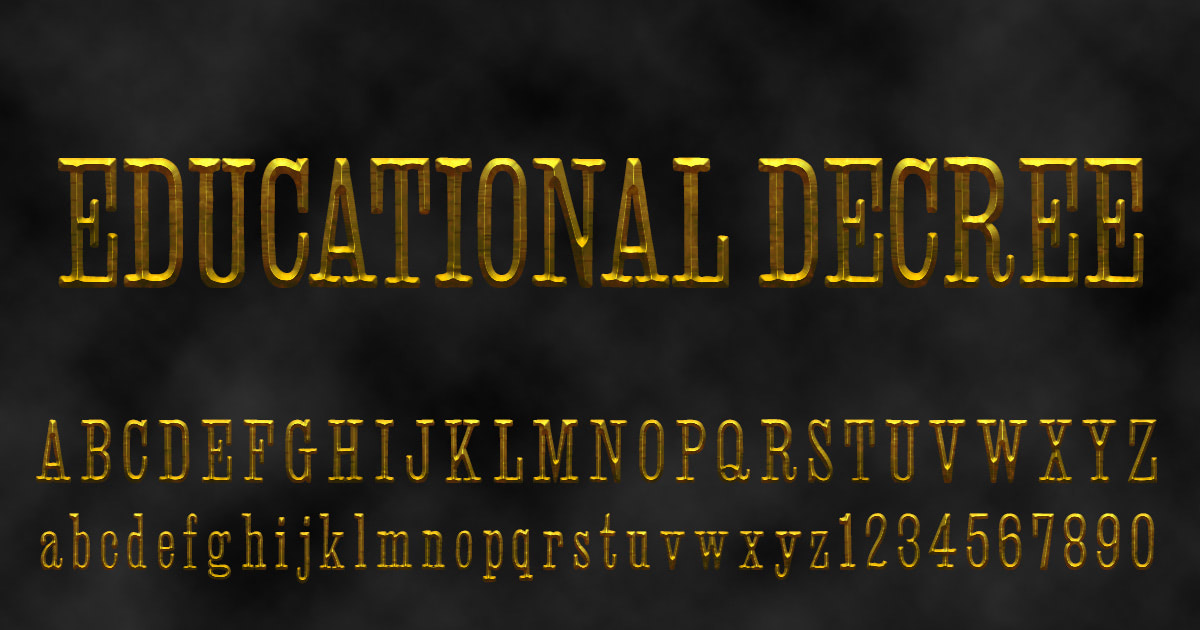 Charming is a typeface with a spooky vibe. Perfect for a Halloween project. 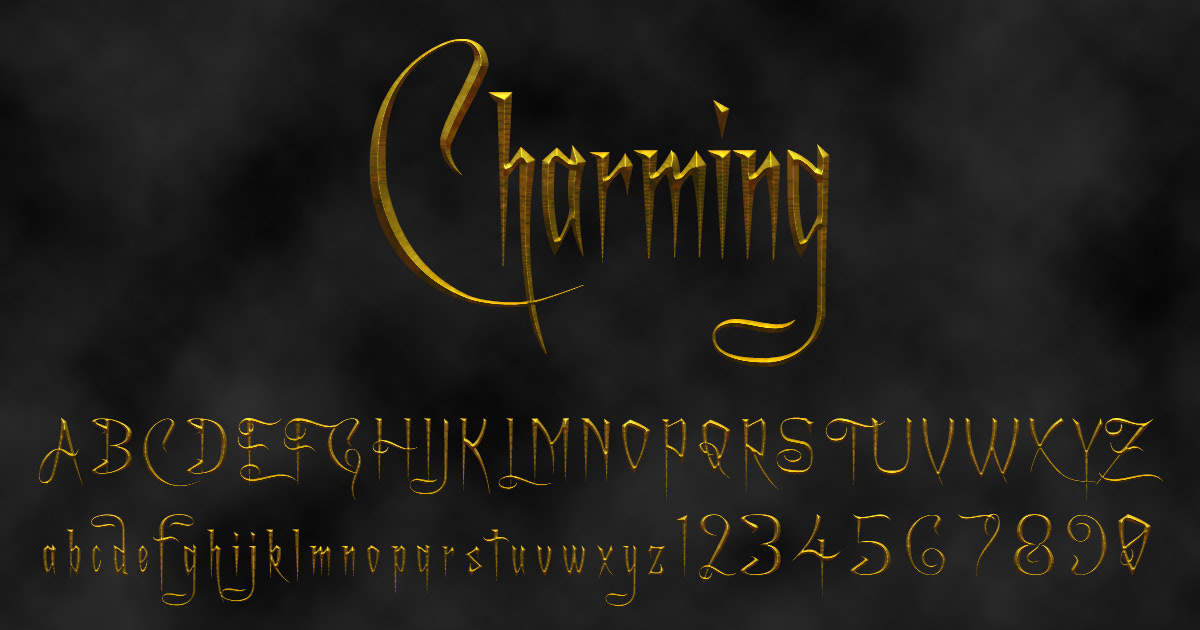 Benegraphic is a typeface with a medieval flavour to it, perfect for the Harry Potter universe. 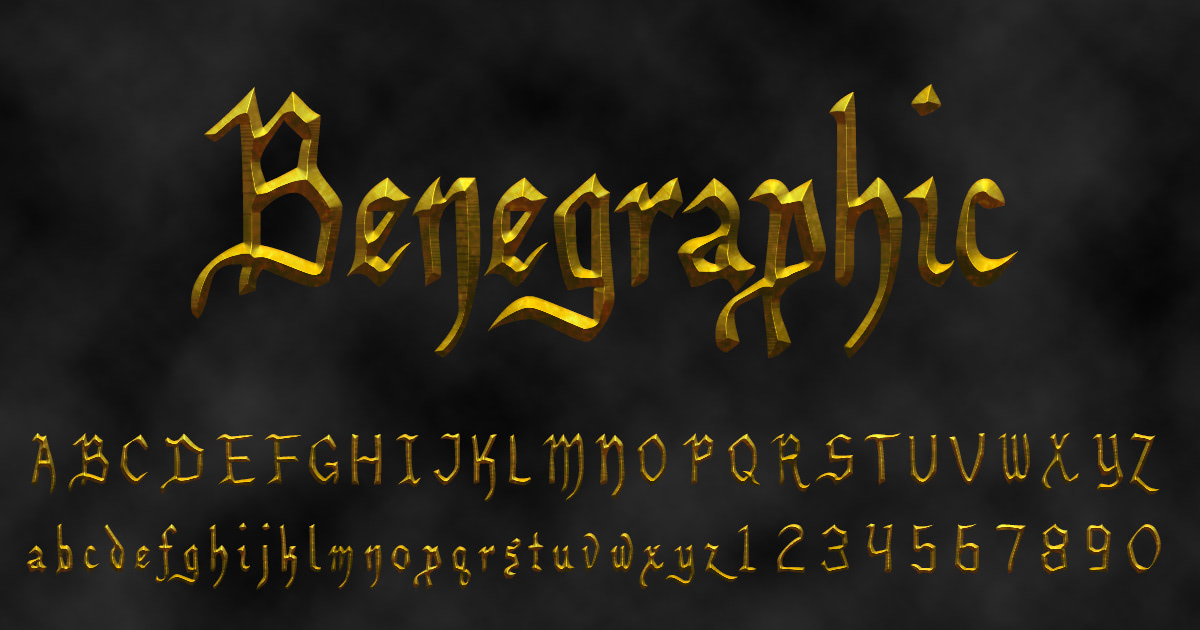 Ever wanted to add little Golden Snitches around your text (who hasn’t)? If so, this novelty typeface is for you! 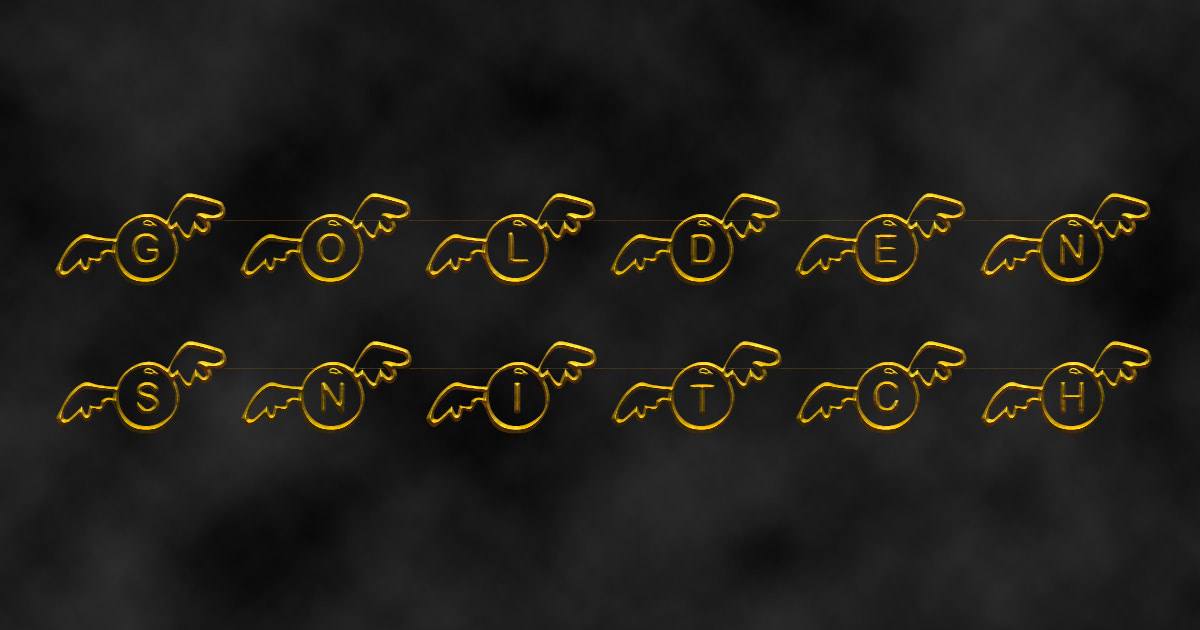 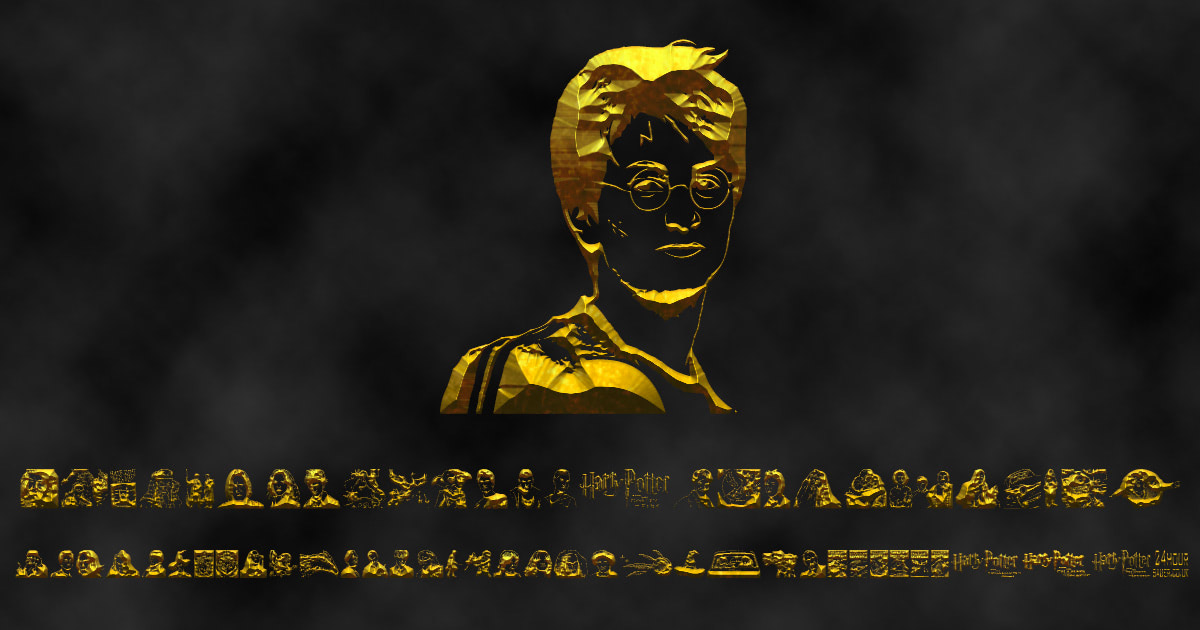