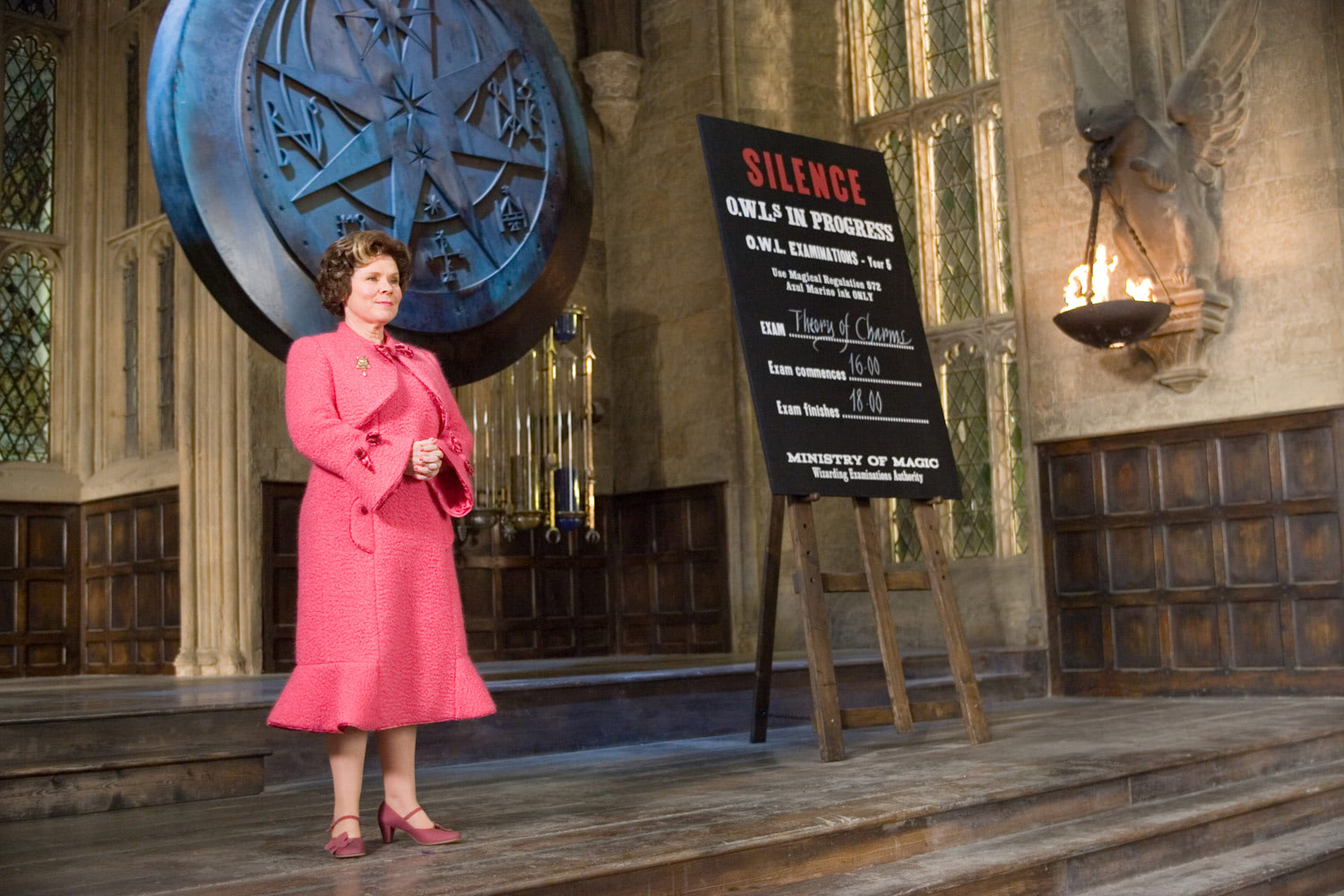 Professor Umbridge watches over fifth year O.W.L. exams in Order of the Phoenix.

Ordinary Wizarding Levels are examinations Hogwarts students take at the age of fifteen. Each fifth year student has a consultation with Professor McGonagall to discuss career paths. This prepares the student for their exams and helps them understand the results they need to proceed to N.E.W.T. level. Harry, Ron and Hermione sat their O.W.L.s during June of their fifth year, in Harry Potter and the Order of the Phoenix.

Harry Potter received an Outstanding O.W.L. in Defence Against the Dark Arts.

Harry Potter received Outstanding in Defence Against the Dark Arts, Exceeds Expectations in Care of Magical Creatures, Charms, Herbology, Potions and Transfiguration, Acceptable in Astronomy, Poor in Divination, and Dreadful in History of Magic.

Nastily Exhausting Wizarding Tests are examinations taken by Hogwarts students in their seventh year. These examinations can have an impact on a student’s future career. (An Auror, for example, requires at least five Exceeds Expectations or greater N.E.W.T.s.) Harry, Ron and Hermione didn’t sit their N.E.W.T. examinations in Harry Potter and the Deathly Hallows because of their search for the Horcruxes. Following the events of the book, Hermione returned to sit her N.E.W.T. exams.