Bloomsbury will publish the third of their 20th anniversary house edition series of novels with the release of Harry Potter and the Prisoner of Azkaban on 13 June. The ‘Azkaban’ house editions follow the 20th anniversary releases of Philosopher’s Stone (2017) and Chamber of Secrets (2018). Prisoner of Azkaban was first published in the UK on 8 July 1999. 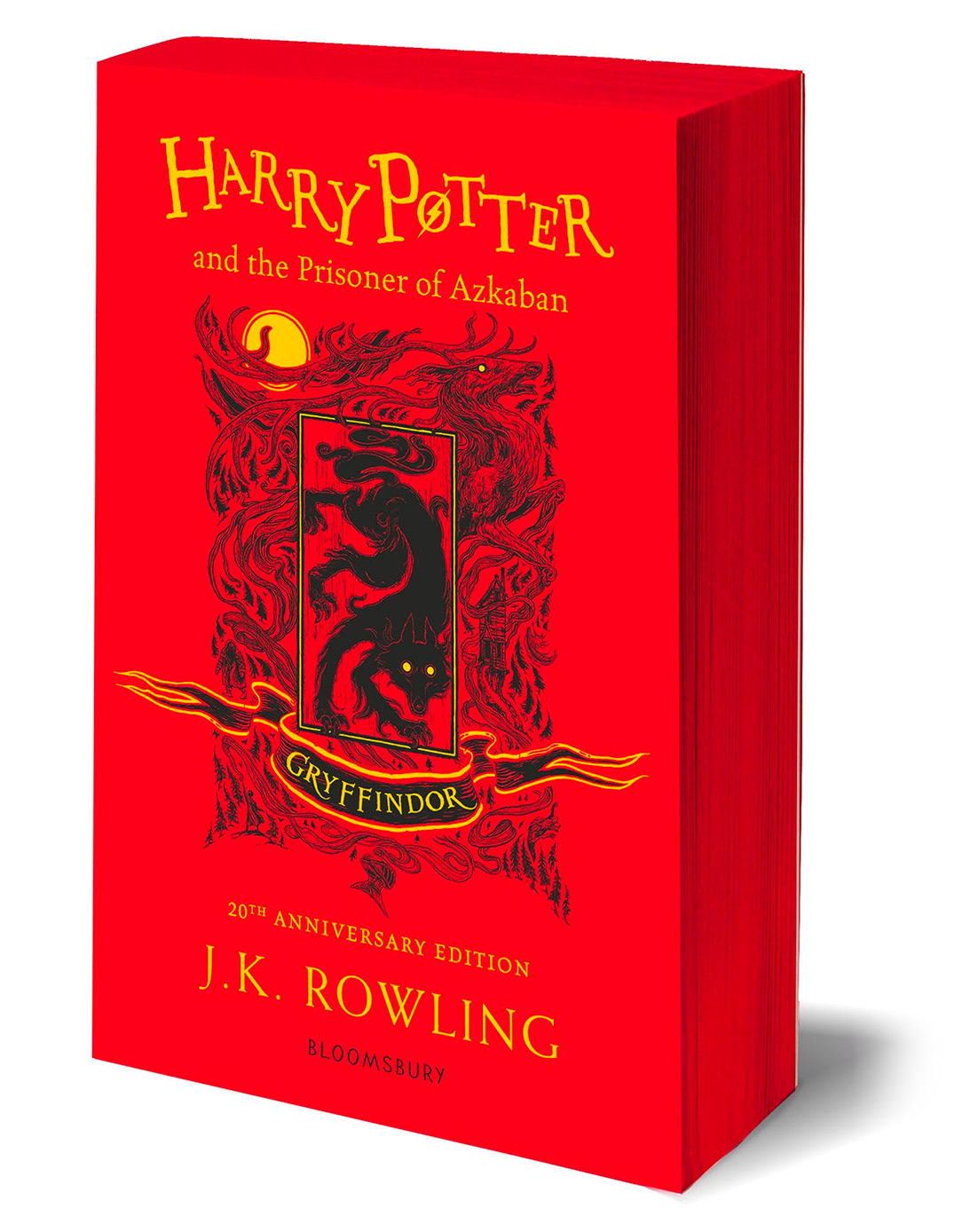 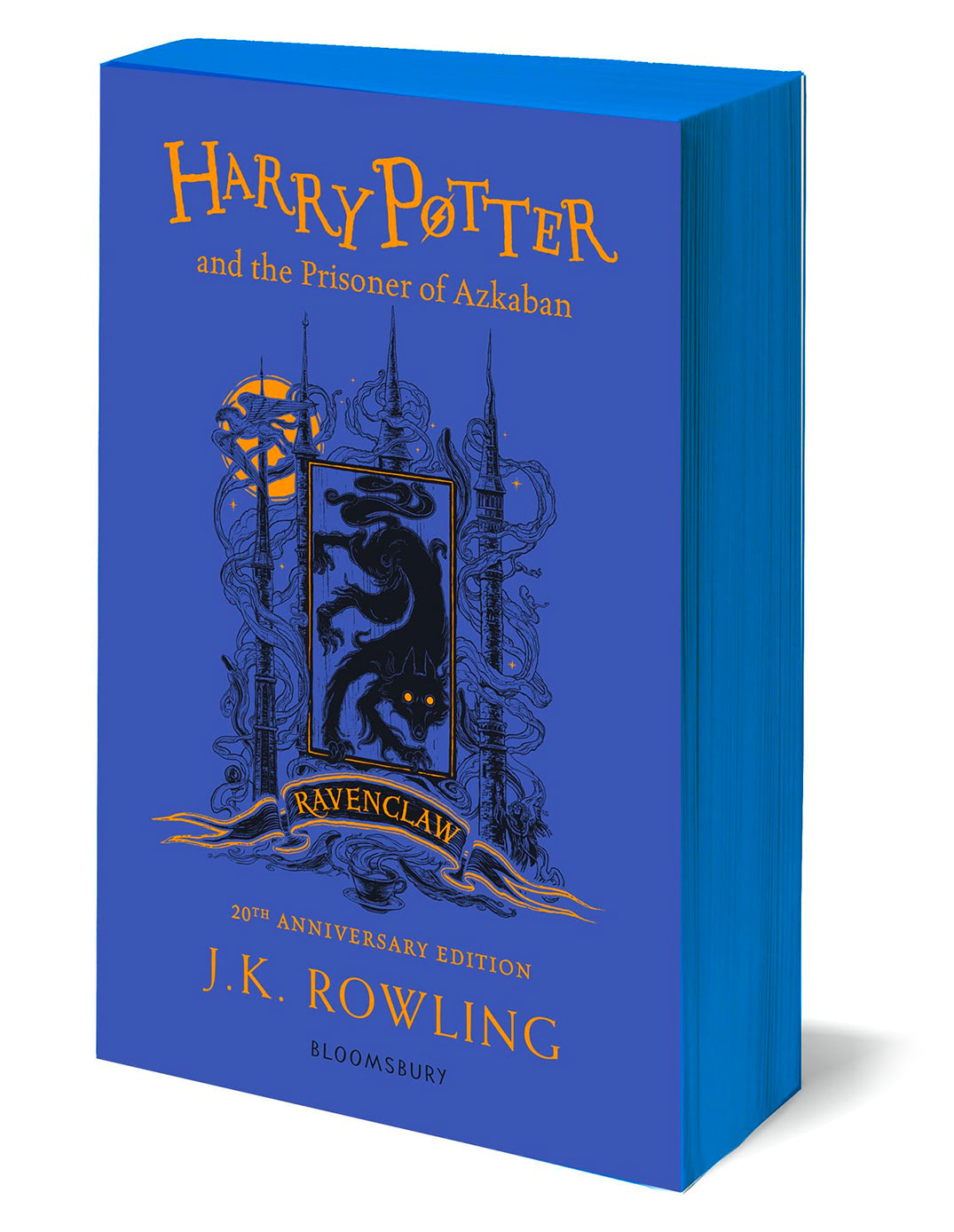 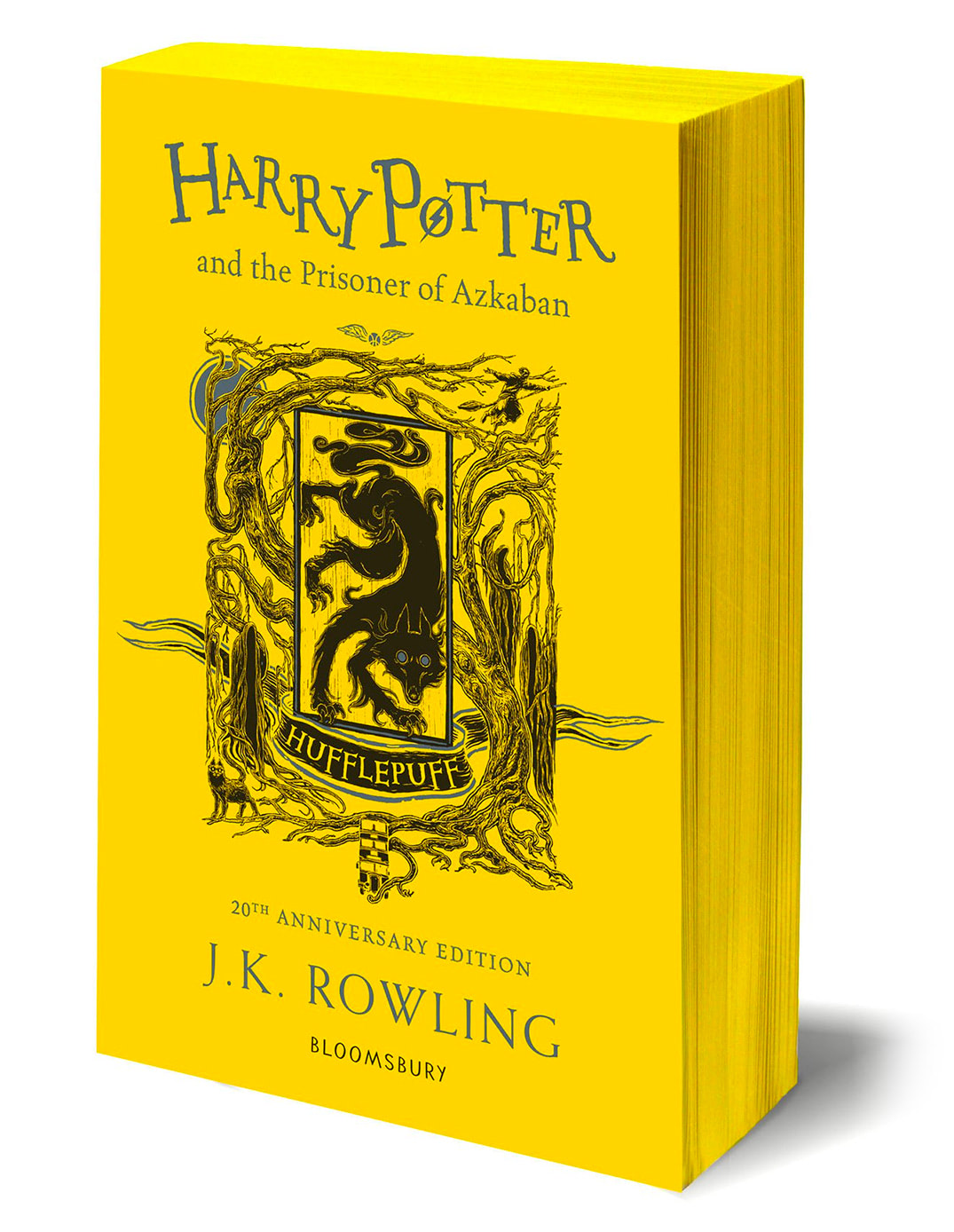 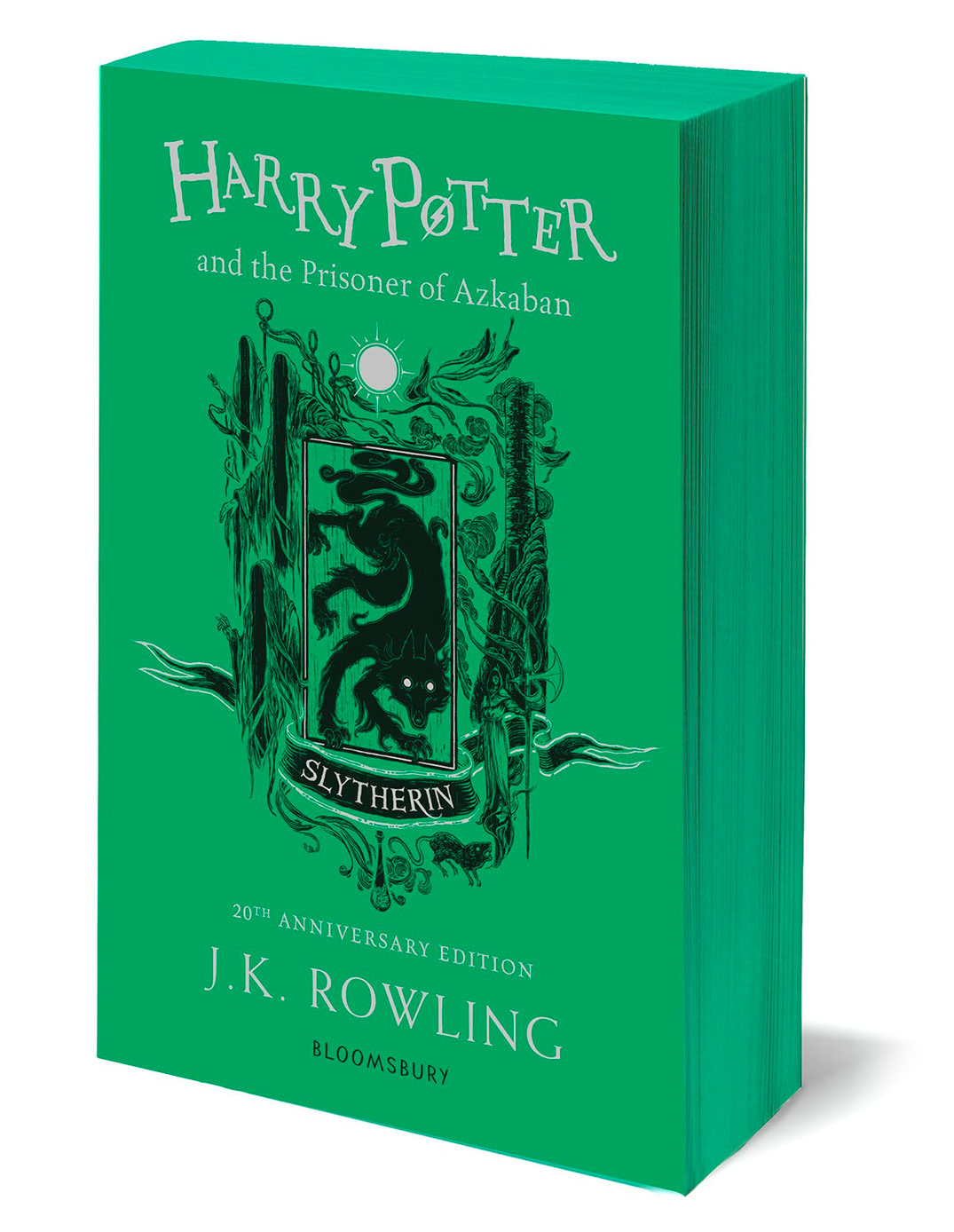 The four Prisoner of Azkaban house editions — each designed for a Hogwarts house — will be published in both paperback and hardback and again feature original jacket artwork by Levi Pinfold. The ‘Azkaban’ house edition covers depict Sirius Black in his black-dog animagus form and are surrounded by intricate illustrations unique to each house. 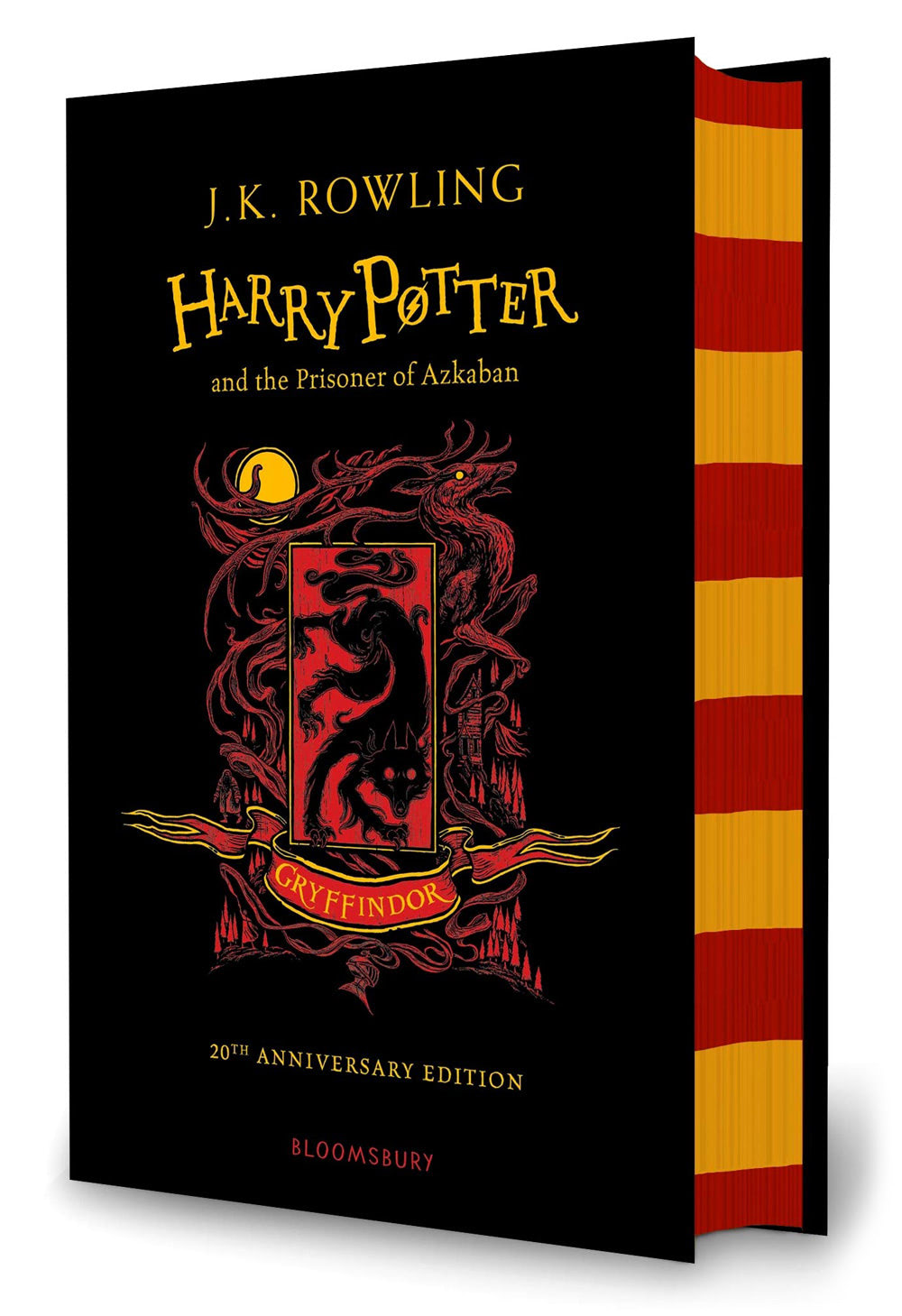 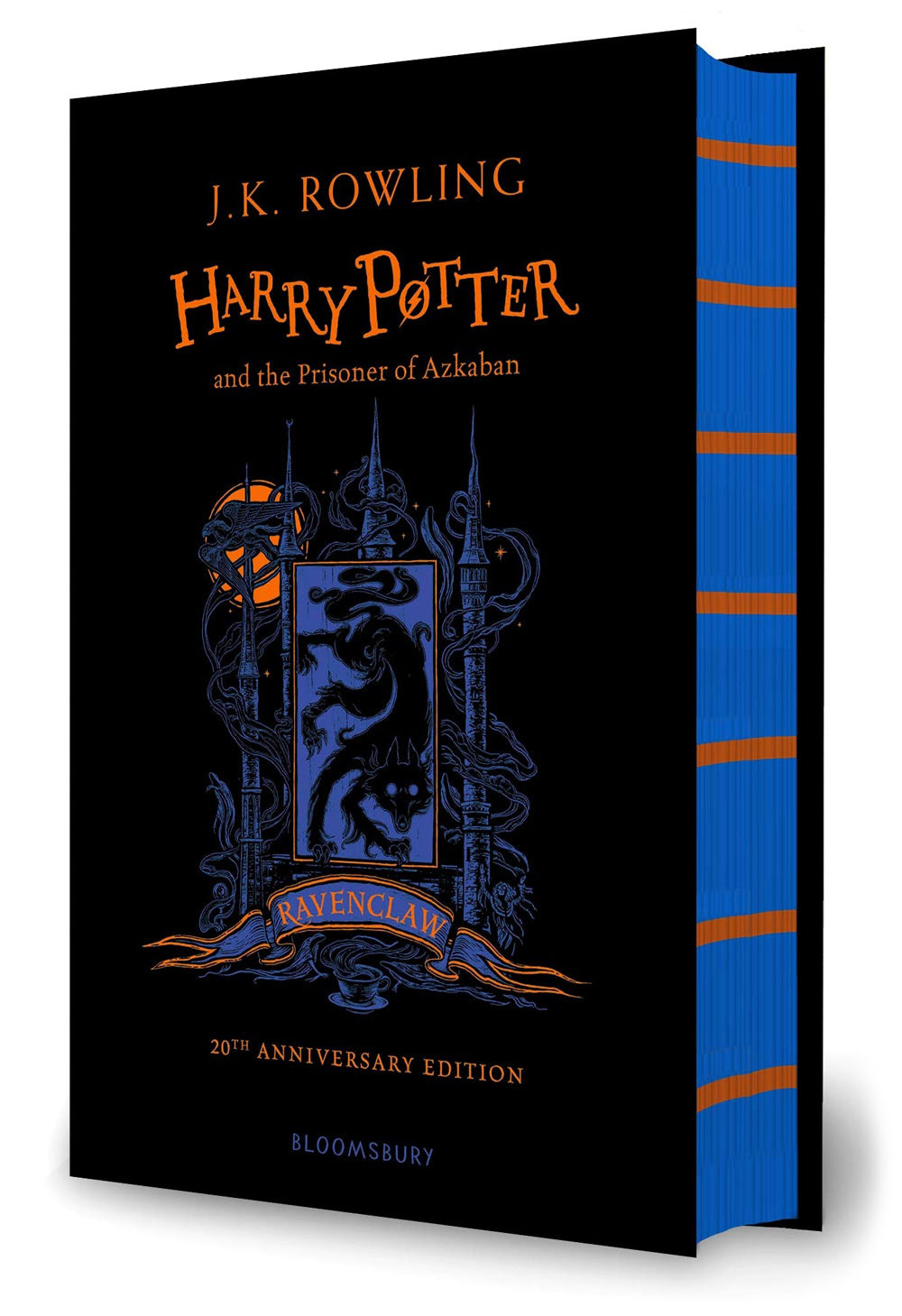 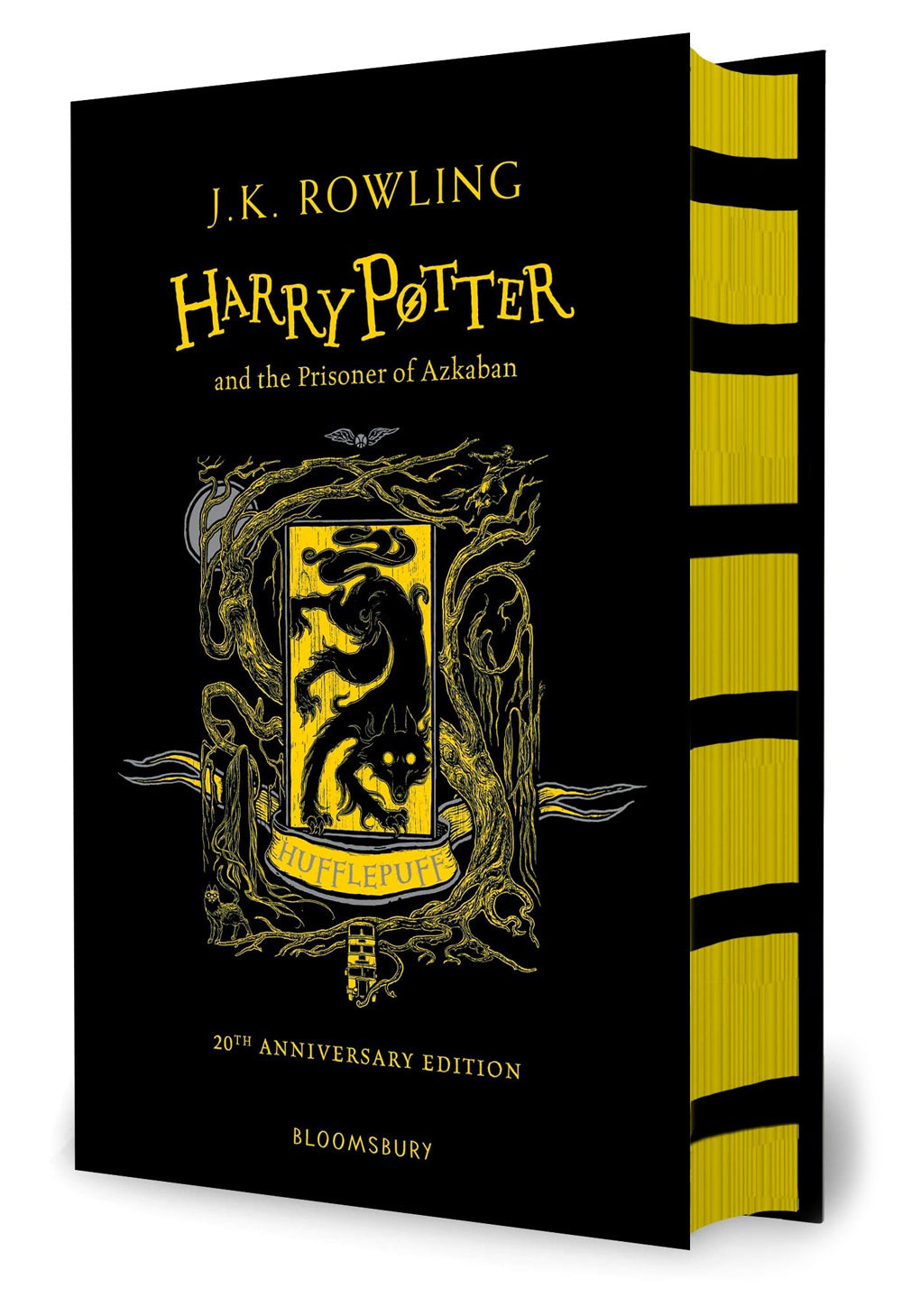 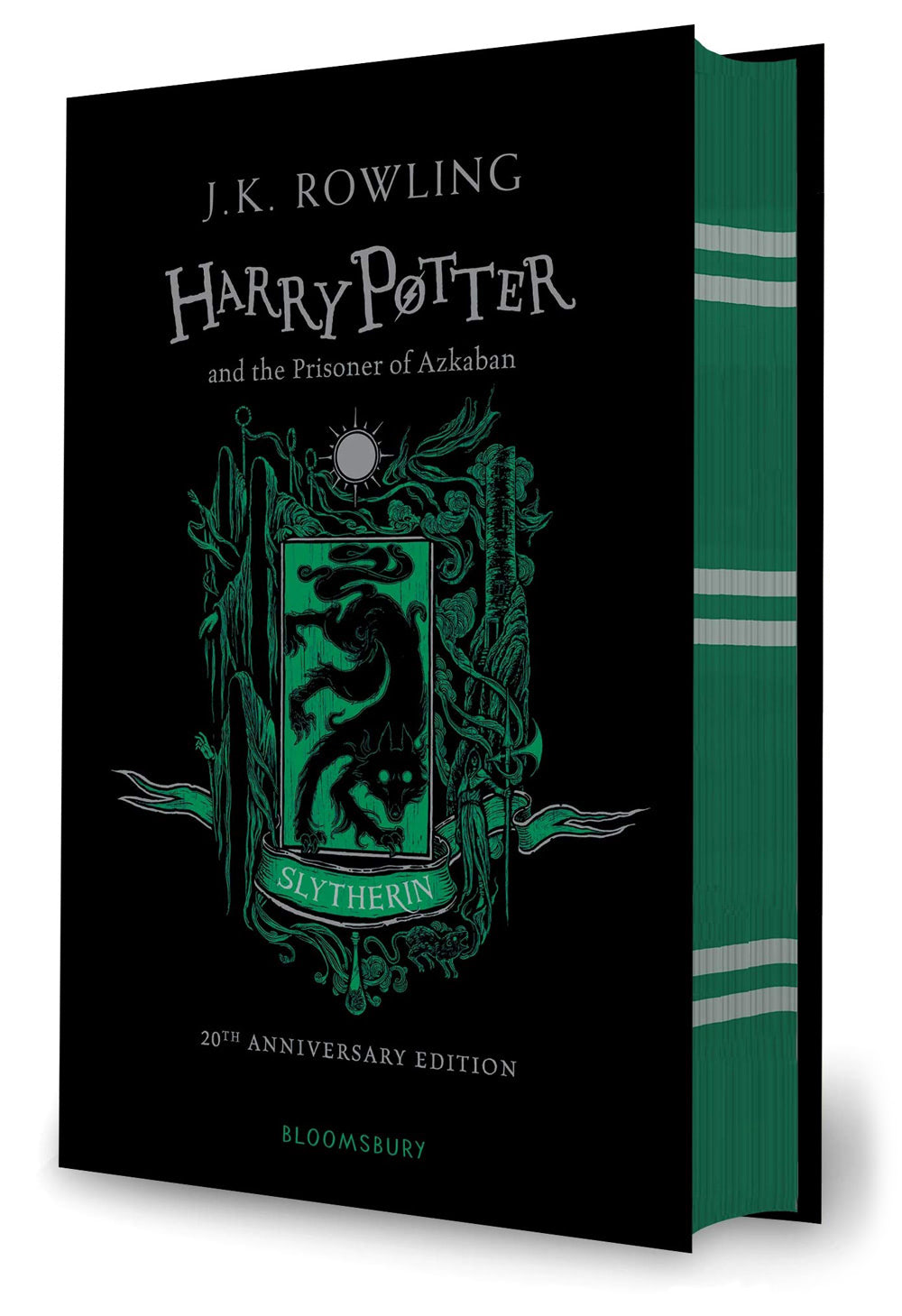 The red Gryffindor house edition is bordered by James Potter in animagus form, Harry conjuring a Patronus and the lone figure of Hagrid. The blue Ravenclaw edition is adorned with illustrations of Professor Trelawney, Azkaban Prison and Buckbeak the Hippogriff. The yellow and green Hufflepuff and Slytherin editions feature the Knight Bus, Hufflepuff Quidditch Captain Cedric Diggory, Dementors; and executioner MacNair, Peter Pettigrew as an animagus rat and a Wolfsbane Potion, respectively.

In addition, each book features an illustration of its respective house animal on the binding and new internal illustrations by Pinfold show different characters casting the Patronus Charm.

The Prisoner of Azkaban house editions can be pre-ordered now on Bloomsbury’s website ahead of their June release. 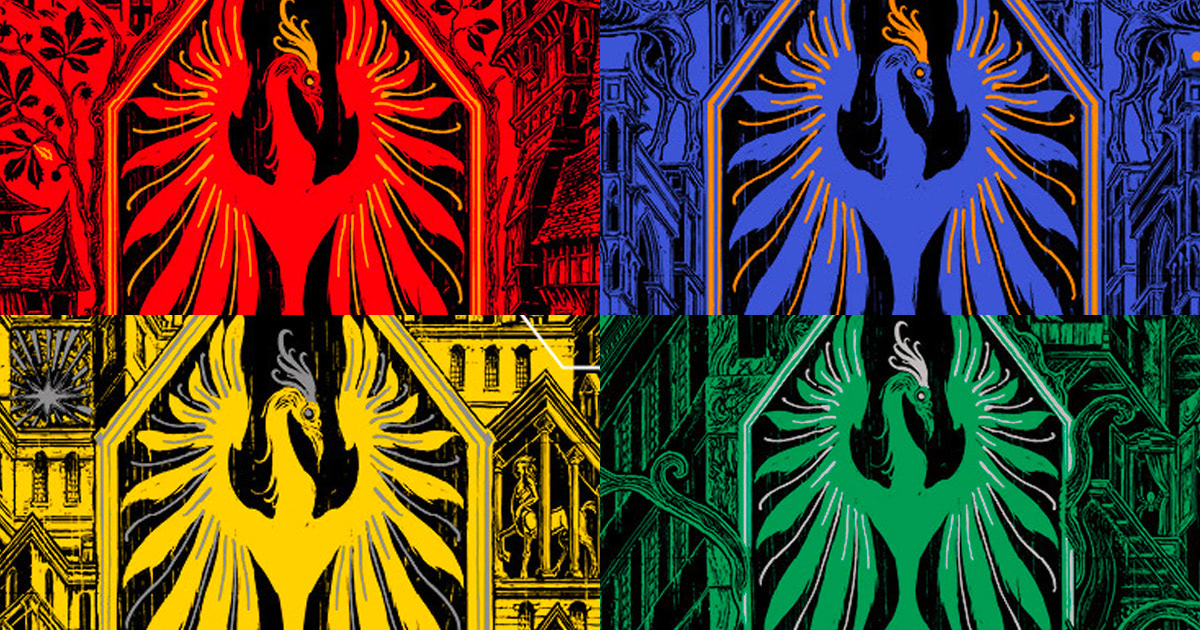 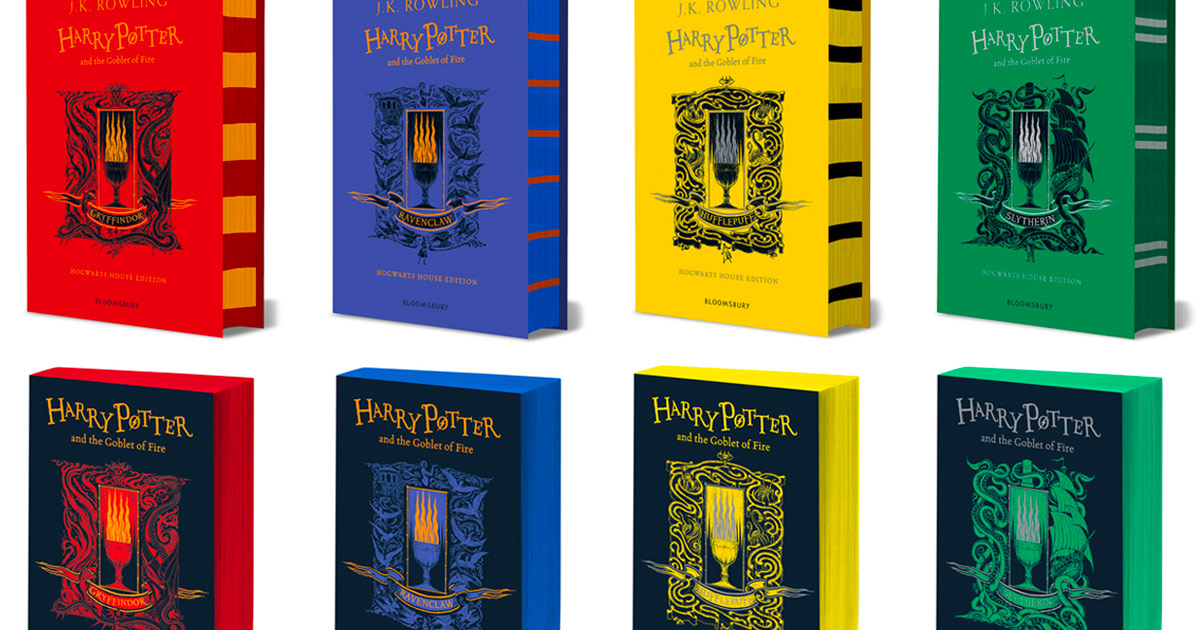 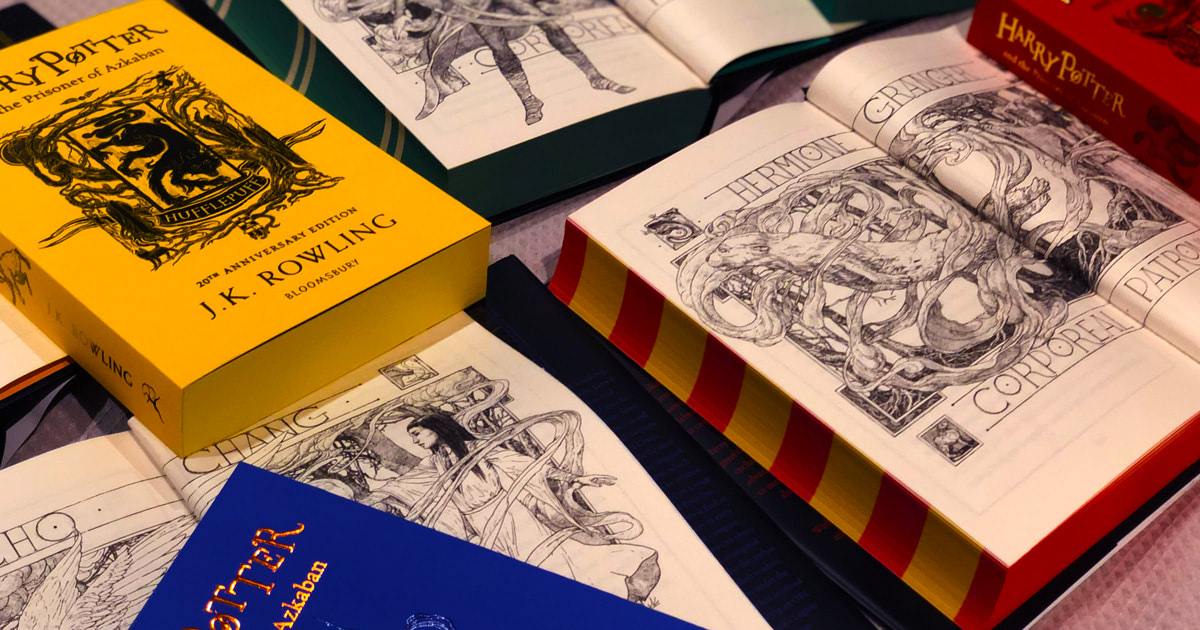 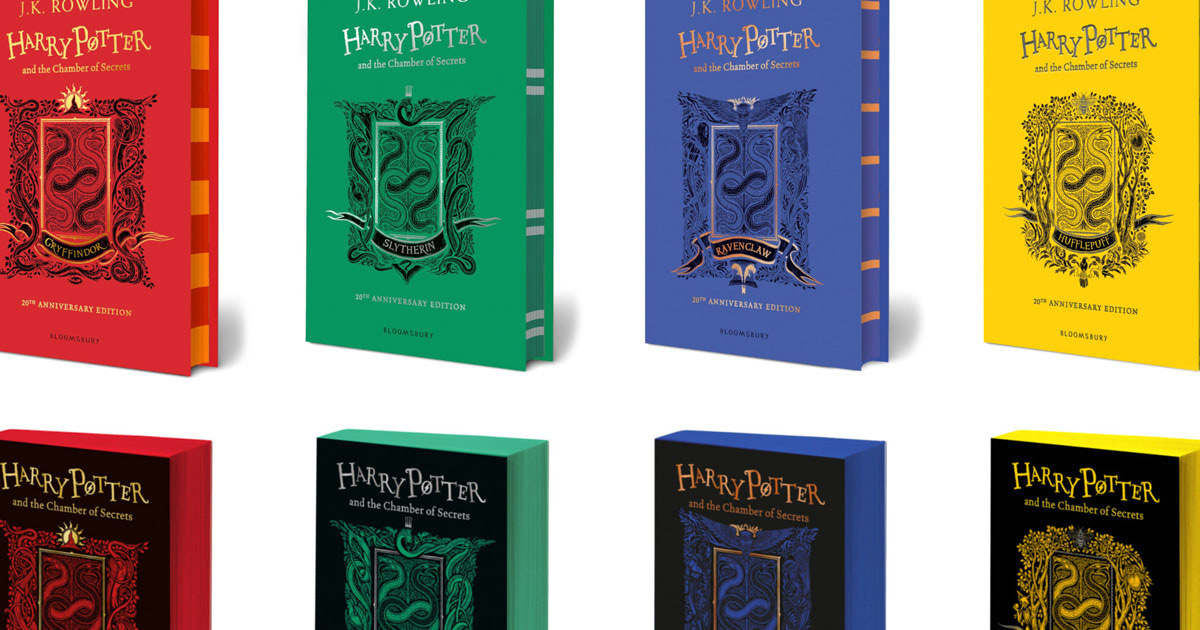