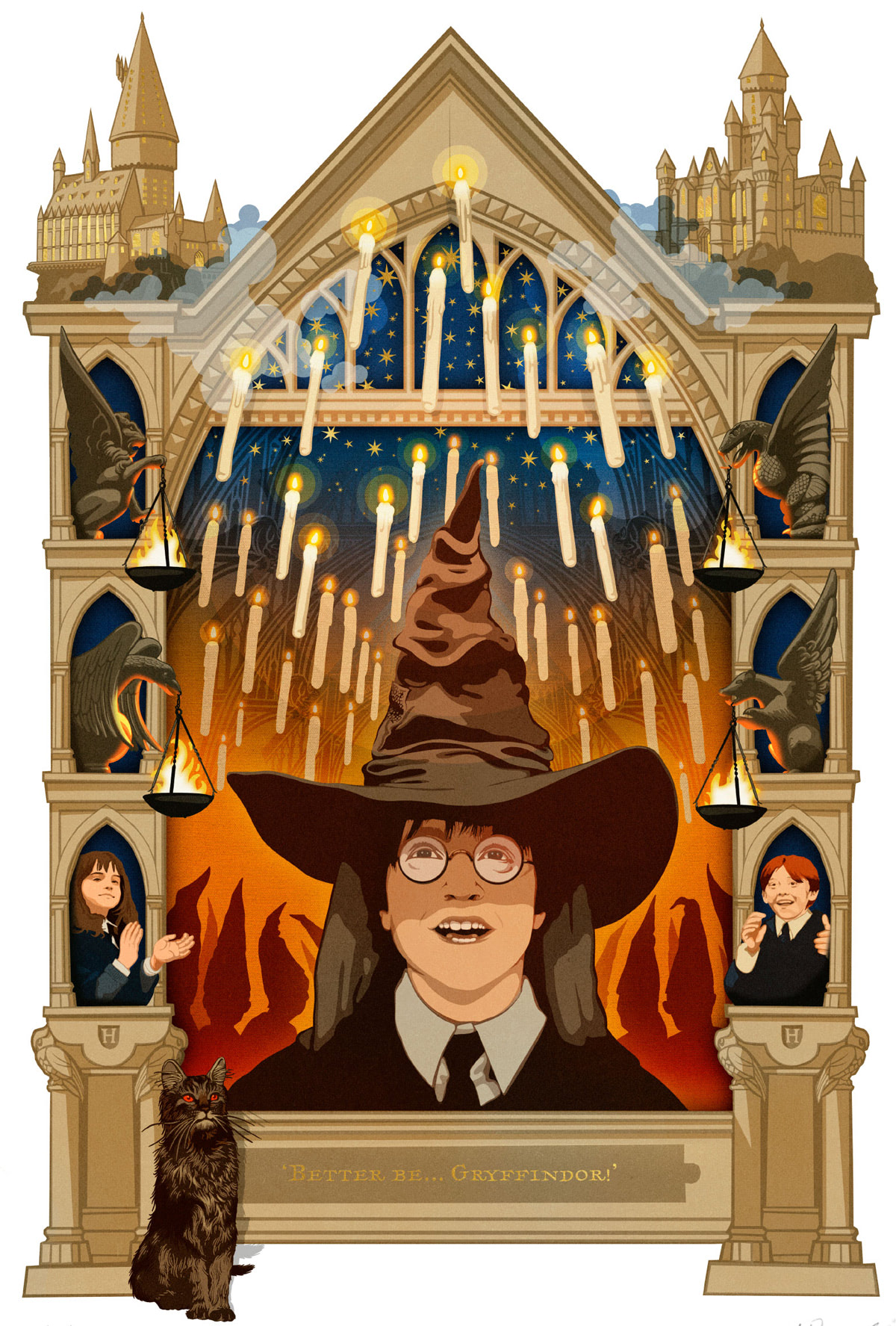 The numbered print is available in both a standard and premium finish over at MinaLima’s website. The first three prints in the series celebrate Harry’s discovery of his magical abilities, as well as his journeys to both Diagon Alley and Hogwarts School of Witchcraft and Wizardry. 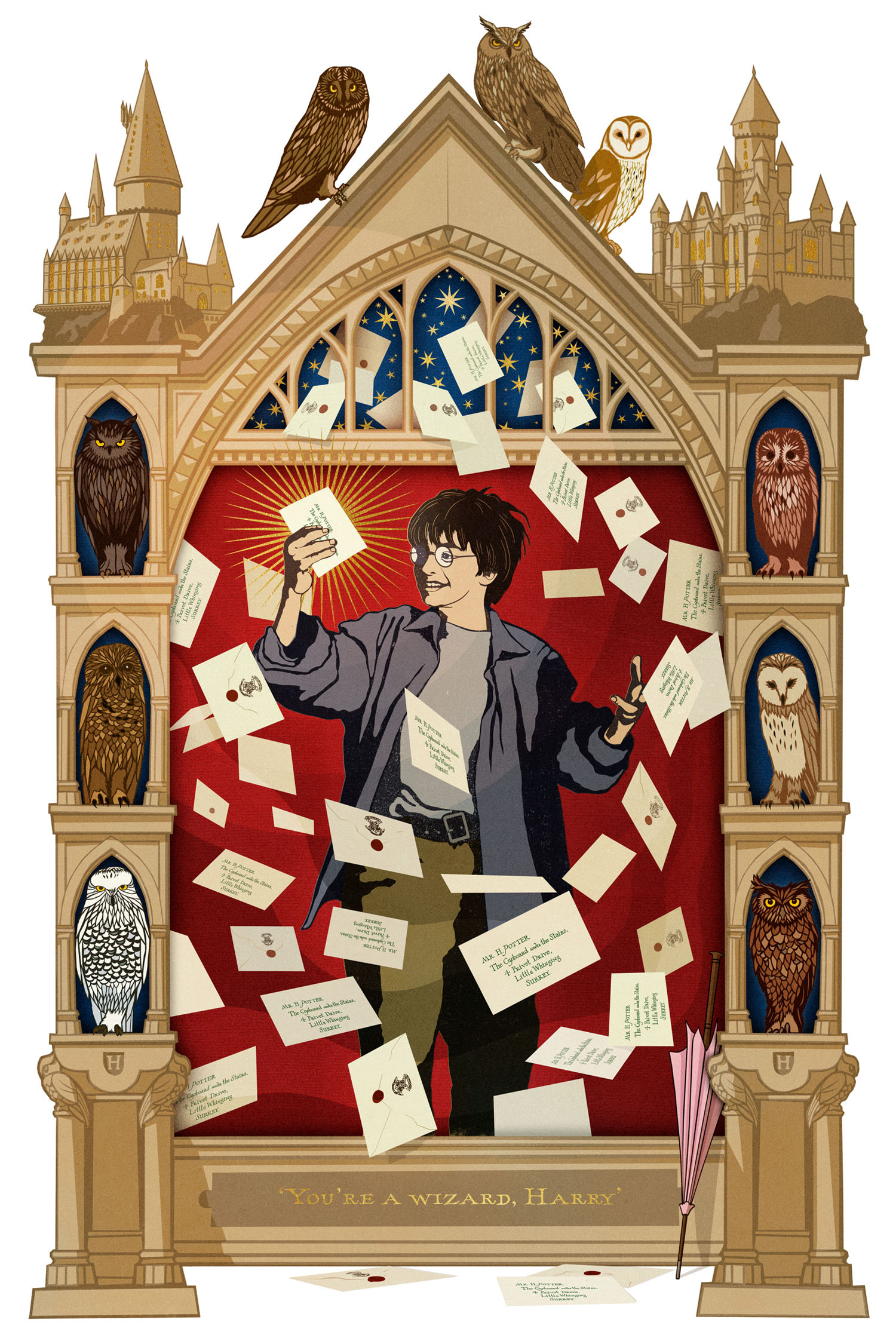 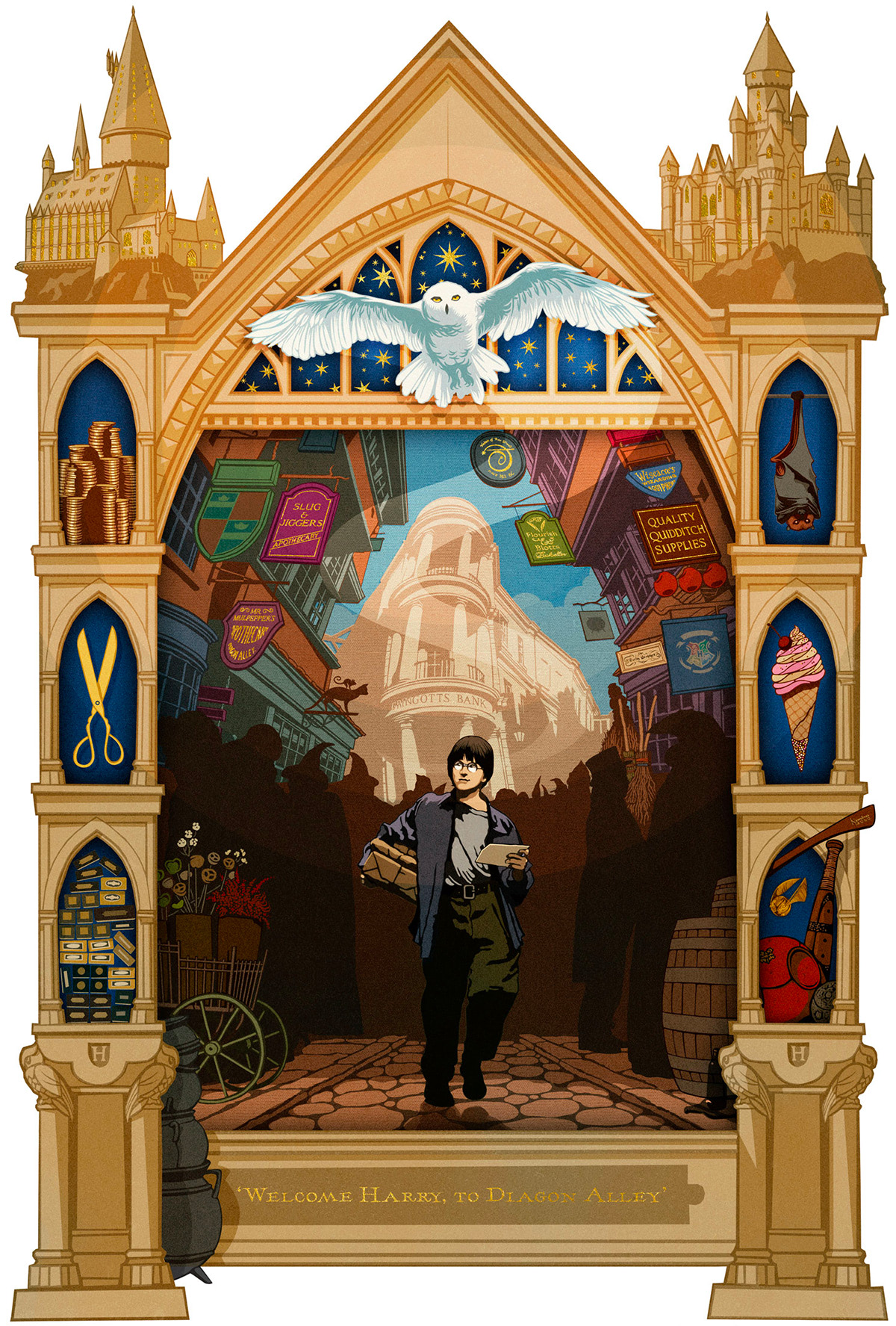 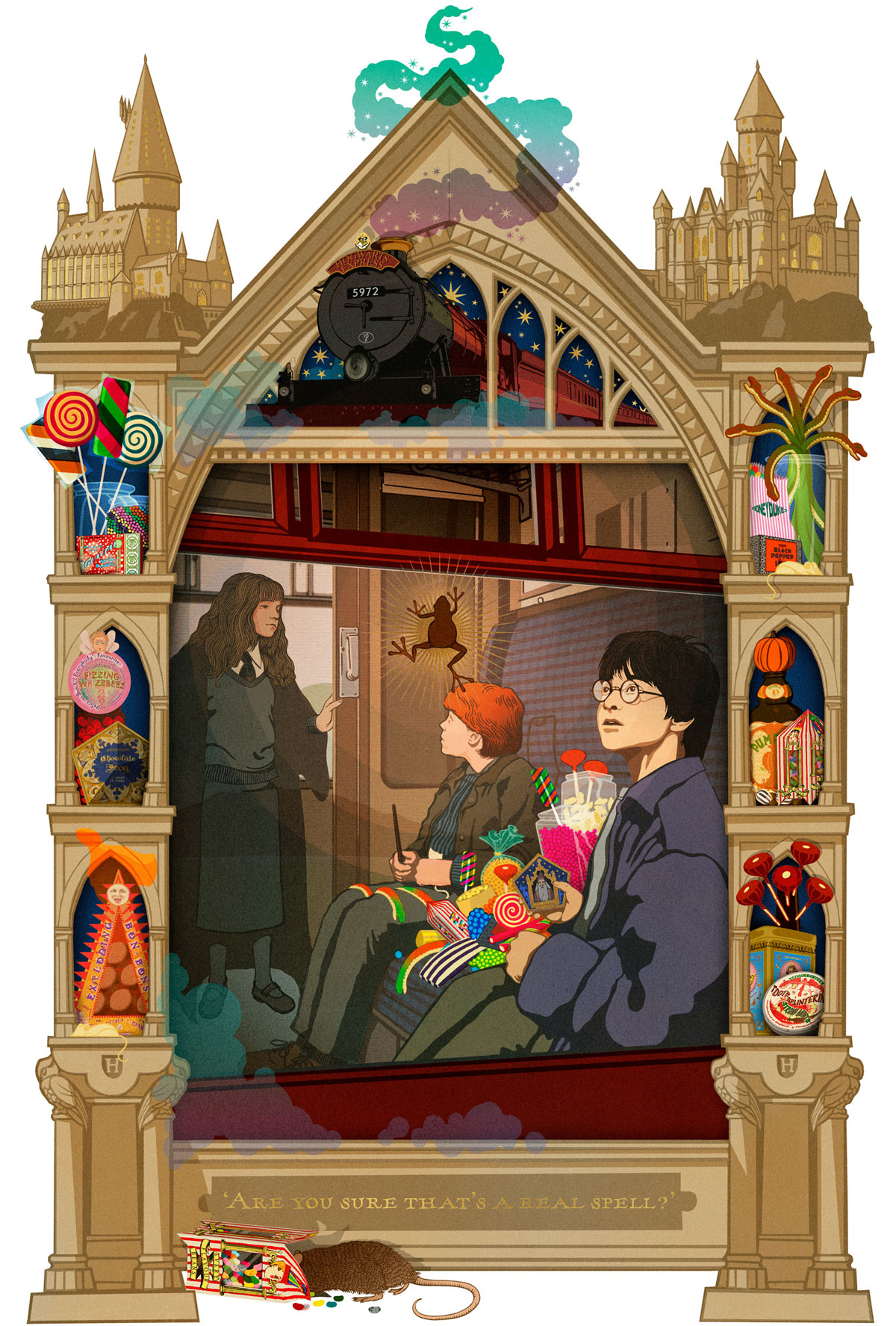 MinaLima are the talented team behind all aspects of graphic design in the Wizarding World (that’s both Harry Potter and Fantastic Beasts). Earlier this year I had the pleasure of profiling the artists for a behind-the-scenes look at their Harry Potter craft. 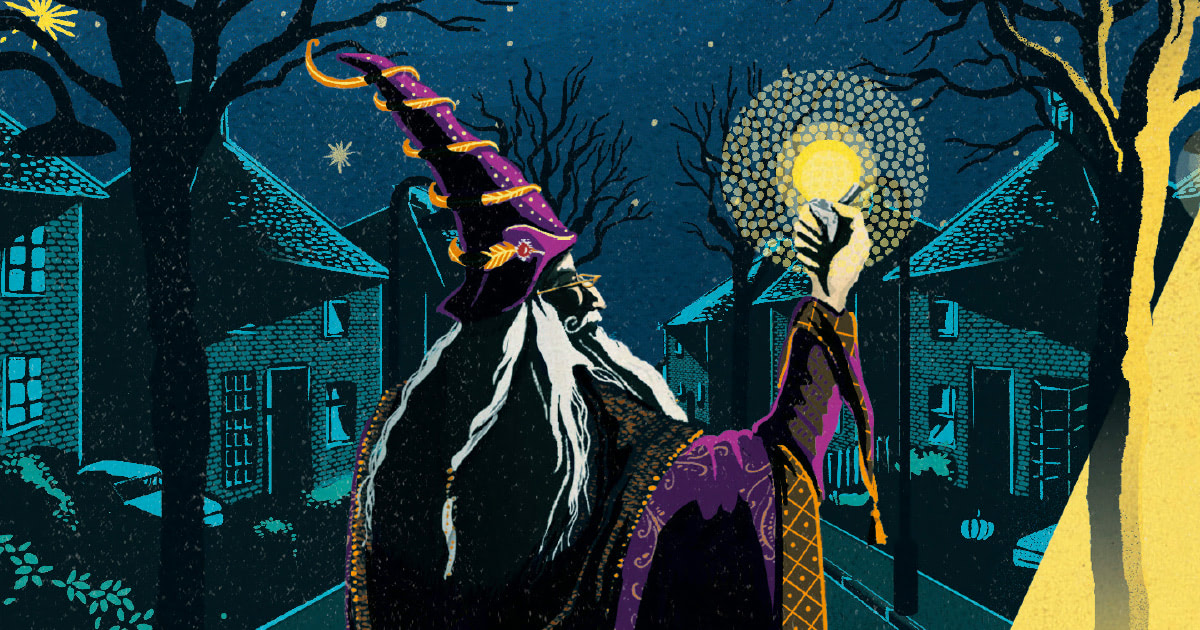 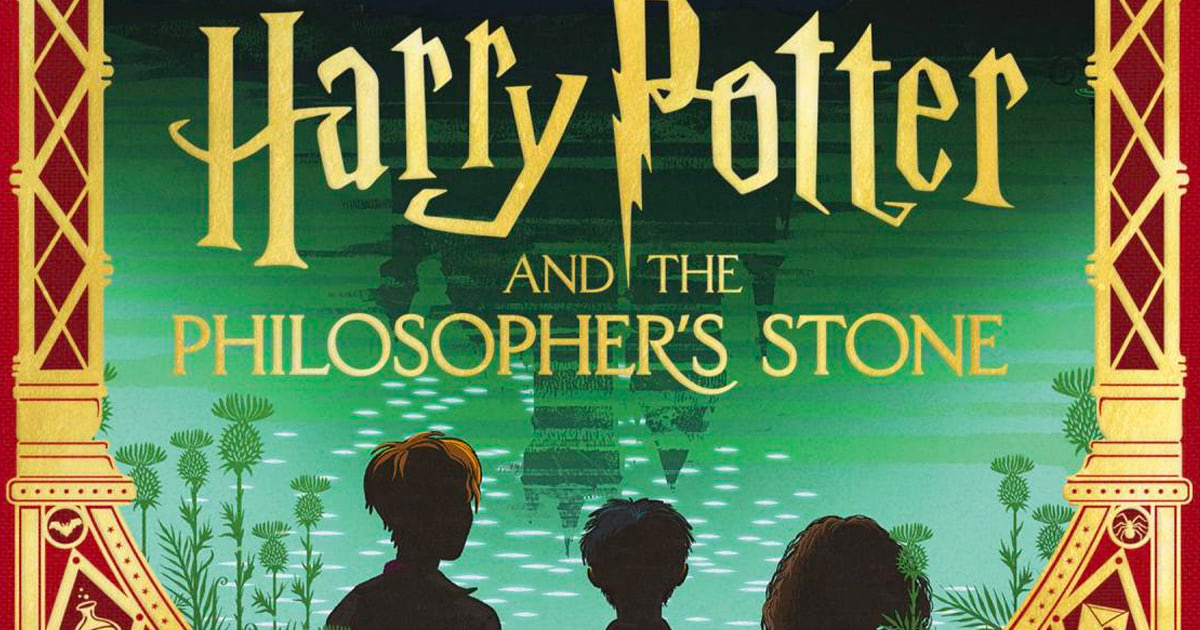 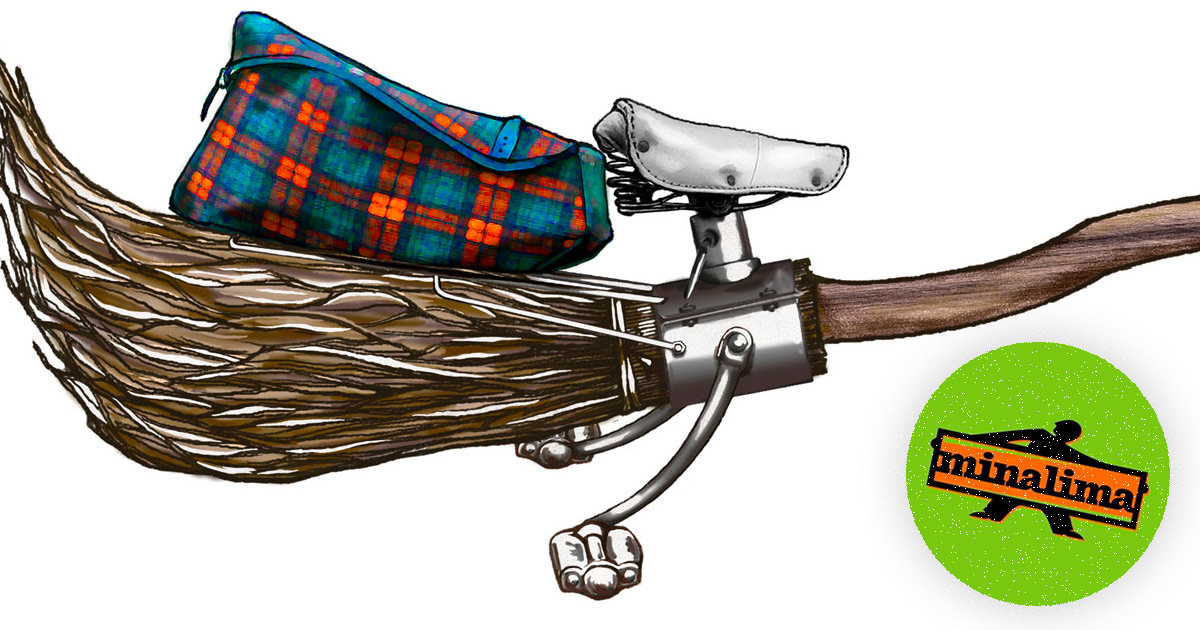