10 best ‘Harry Potter’ book covers from around the world 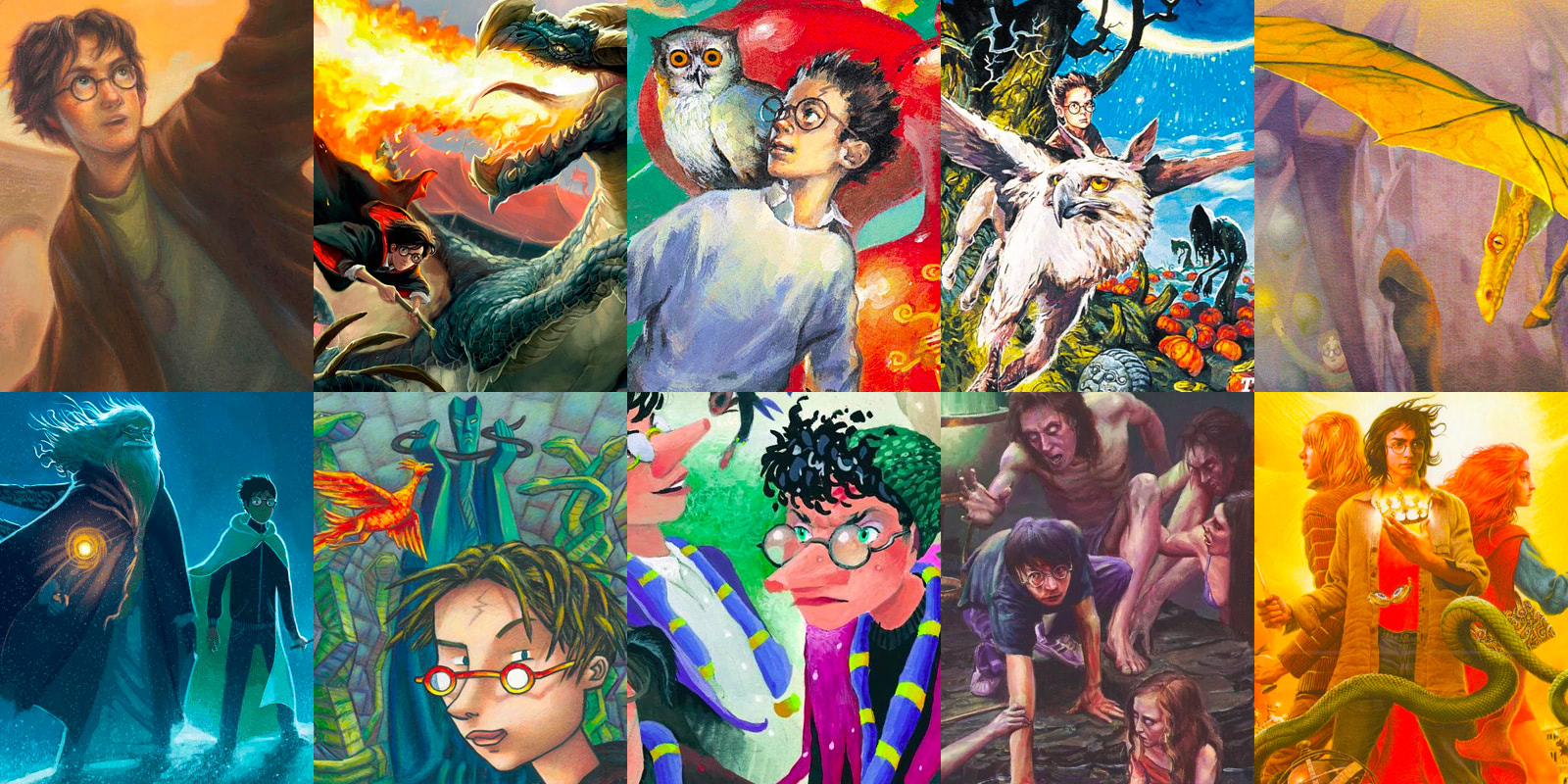 From the beautiful to the creepy to the downright bizarre. Read on to see our favourite Harry Potter book covers.

The US and UK editions of the Harry Potter books feature some of the first and most iconic illustrations of the Wizarding World, but the wealth of ‘Potter’ artwork is truly global. We’ve compiled ten of our favourite book covers — from the gorgeous, to the unique, to the downright bizarre! 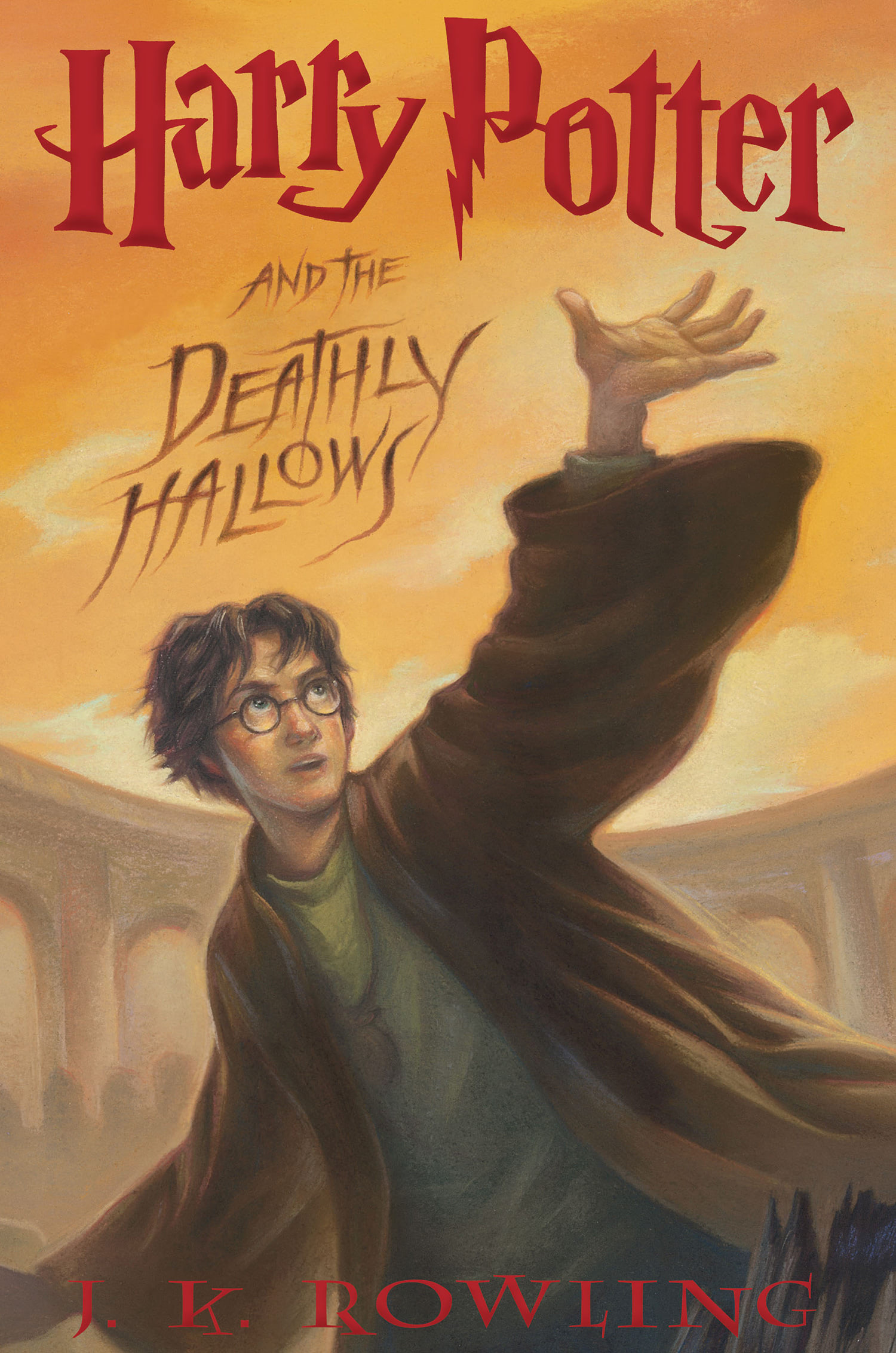 Illustrator Mary GrandPré designed the cover and chapter artwork for all seven of the original US editions of the Harry Potter books. In addition, she sketched a wonderful collection of additional iconic scenes from the books.

GrandPré’s gorgeous Deathly Hallows artwork depicts Harry and Voldemort in their final confrontation and brings her artistic journey to a fitting visual close with the same curtain motif from the Sorcerer’s Stone cover. 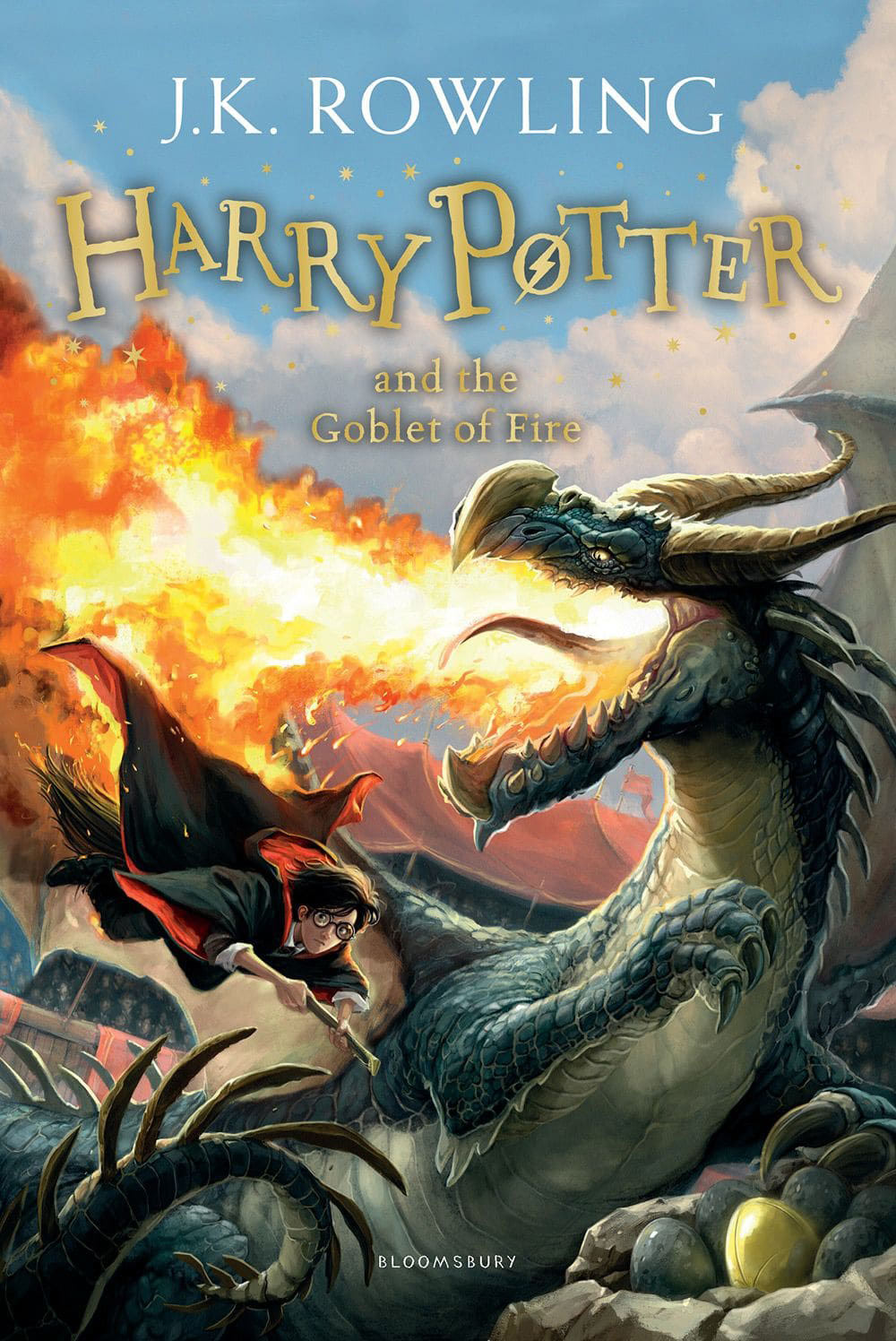 First Task: Jonny Duddle found the Hungarian Horntail as hard to draw as Harry himself.

British illustrator Jonny Duddle was picked to design the new UK children’s edition covers in 2014. J.K. Rowling was a fan of Duddle’s work, and her recommendation saw him ultimately tasked with the monumental assignment.

Duddle’s Goblet of Fire jacket depicts the first Triwizard task, an homage to the original UK children’s edition jacket designed by Giles Greenfield. The Hungarian Horntail was particularly hard to draw and illustrating the winged beast gave Duddle, “as much difficulty as it did Harry in the book”. 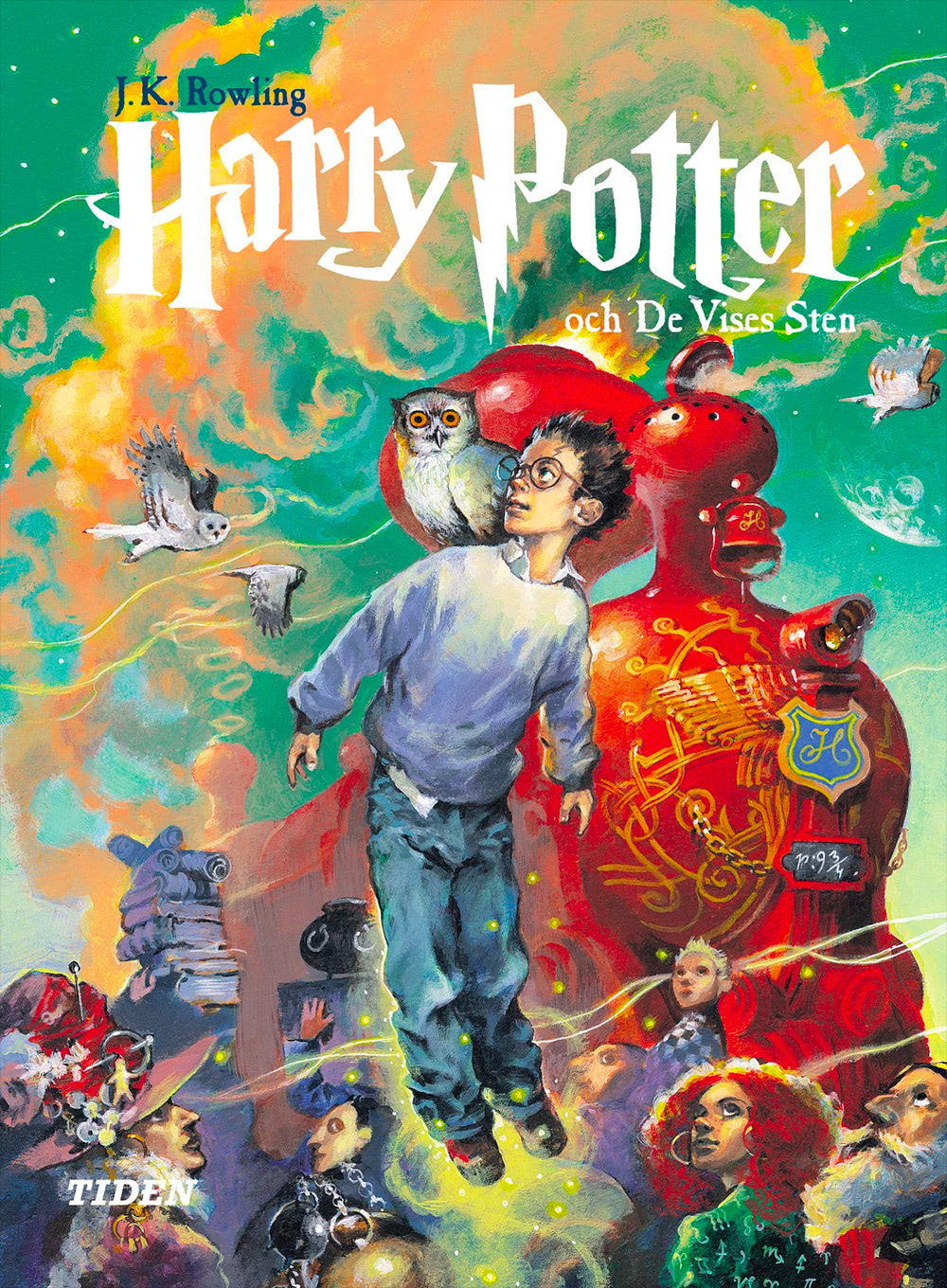 The Swedish editions of the Harry Potter books have some of the most gorgeous cover artwork of any international translation. All seven books are illustrated by artist Alvaro Tapia who has had artwork commissioned by popular publications including Billboard and Rolling Stone.

Tapia’s Philosopher’s Stone (Harry Potter och De Vises Sten) cover depicts a number of characters from the book (check out that Sorting Hat) set against a magnificent (and rather unique) scarlet imagining of the Hogwarts Express. 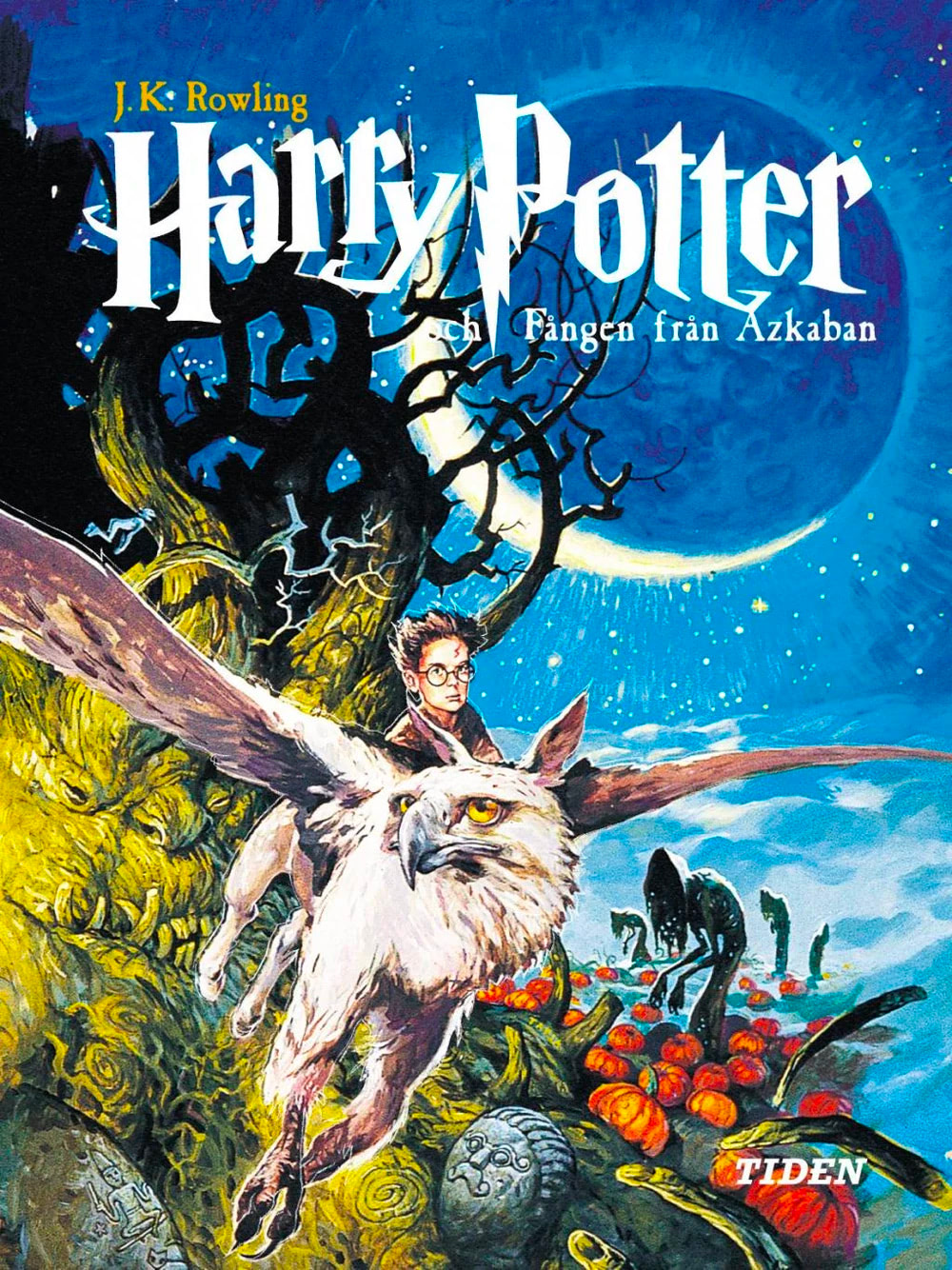 Yes, we love the Swedish covers so much that they’re getting a second entry.

Alvaro Tapia’s Prisoner of Azkaban cover (Harry Potter och Fången från Azkaban) features the familiar cover image choice of Harry riding Buckbeak the Hippogriff. The iconic scene is set against the Whomping Willow and an interesting hunched depiction of the Dementors of Azkaban. 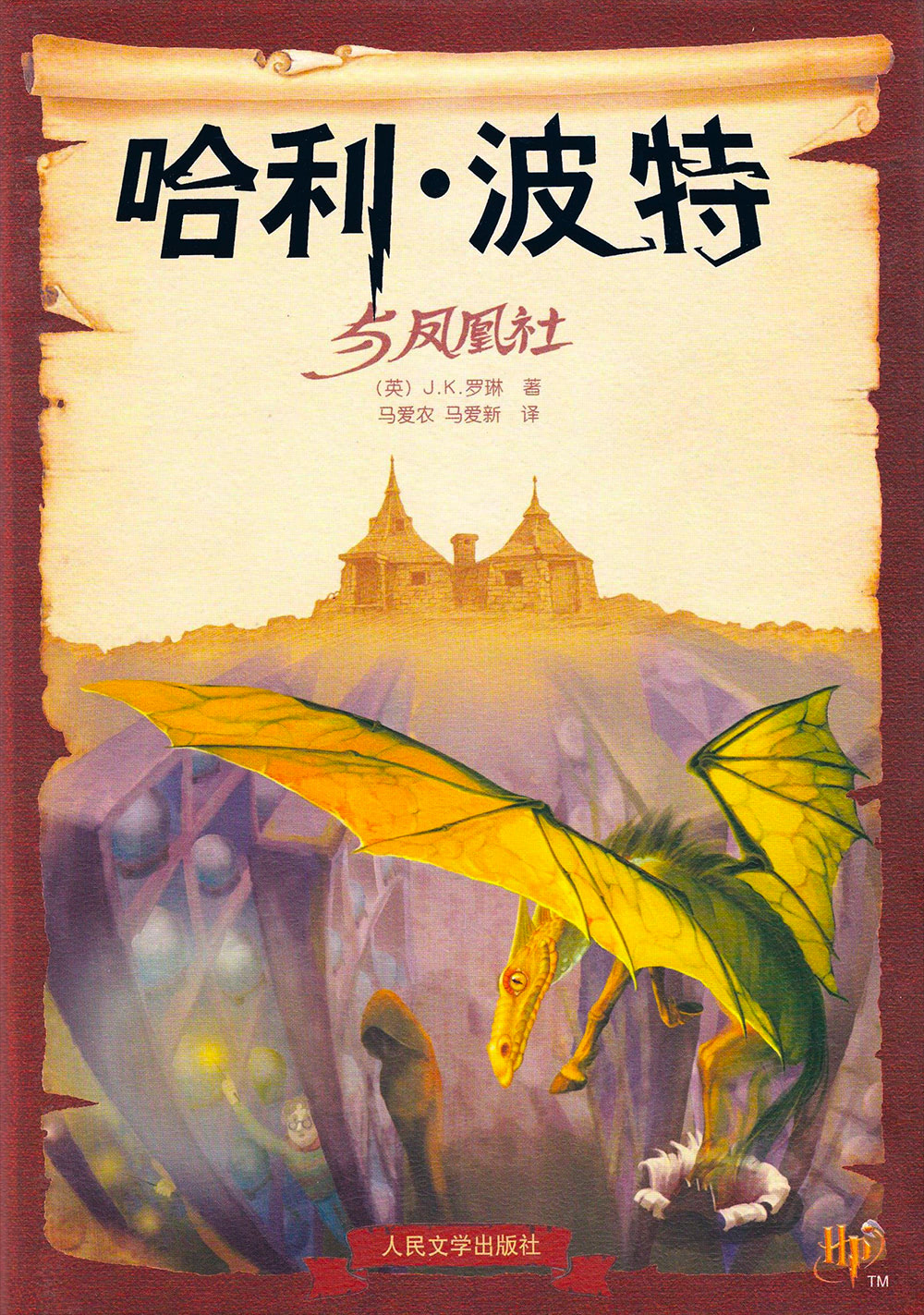 The Chinese Harry Potter book covers are some of the more uniquely drawn of the international editions. The 2008 Chinese collector’s edition covers feature watercolour style imagery over a torn piece of parchment.

Various designers entered a competition to provide cover artwork for these editions, and the winning Order of the Phoenix (哈利·波特与凤凰社) entry depicts a familiar looking Hagrid’s Hut, along with Harry in the Hall of Prophecy and a Thestral. 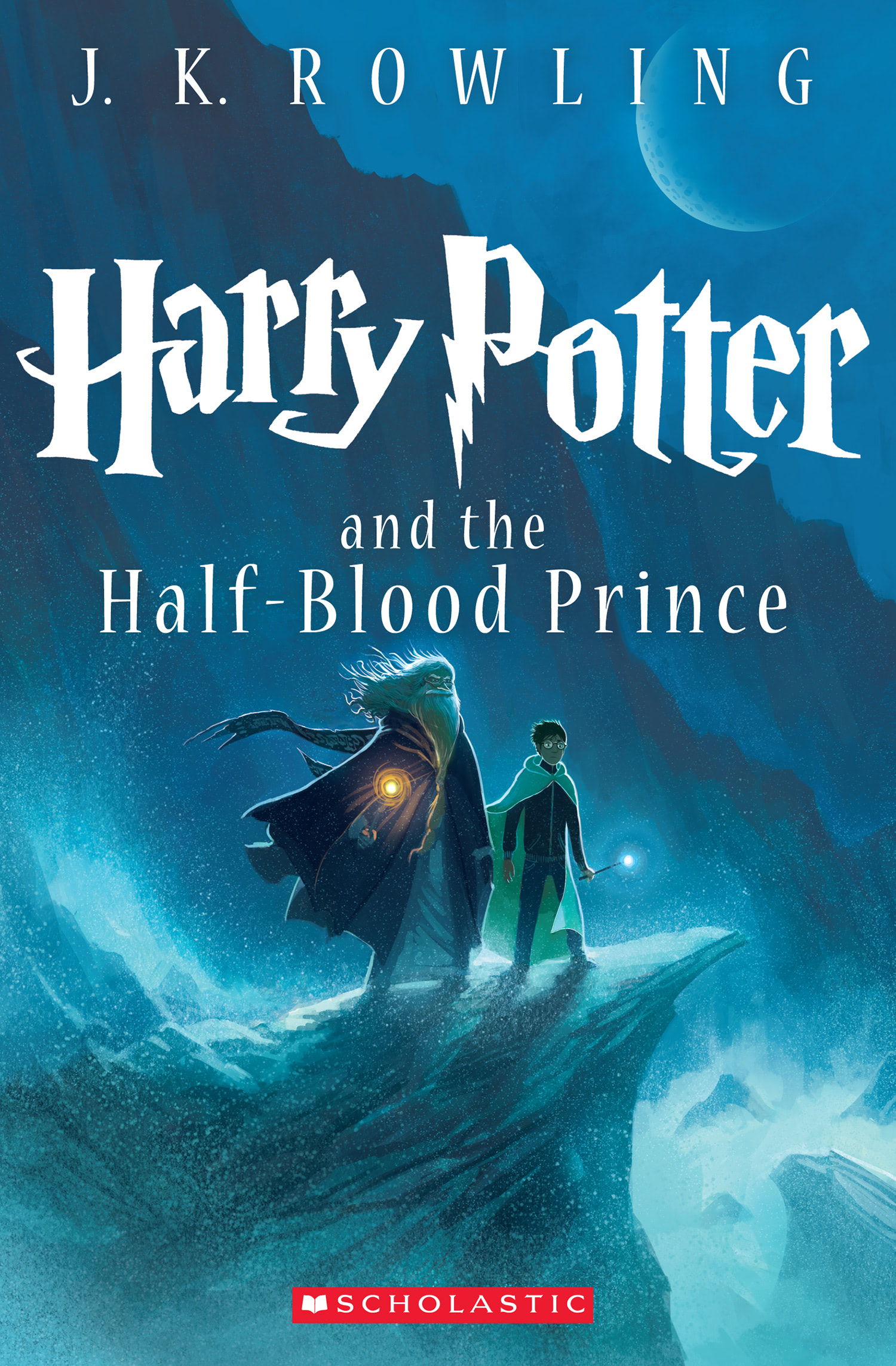 Scholastic commissioned illustrator and graphic novelist Kazu Kibuishi to design a new set of covers for the 15th anniversary of Harry’s publication in the USA.

Kibuishi’s Half-Blood Prince cover is our pick of the seven. Harry and Dumbledore, wands alight, are set against a lovely blue-green backdrop of ocean and rock. (This author has a large pride-of-place print of this cover in his apartment.) 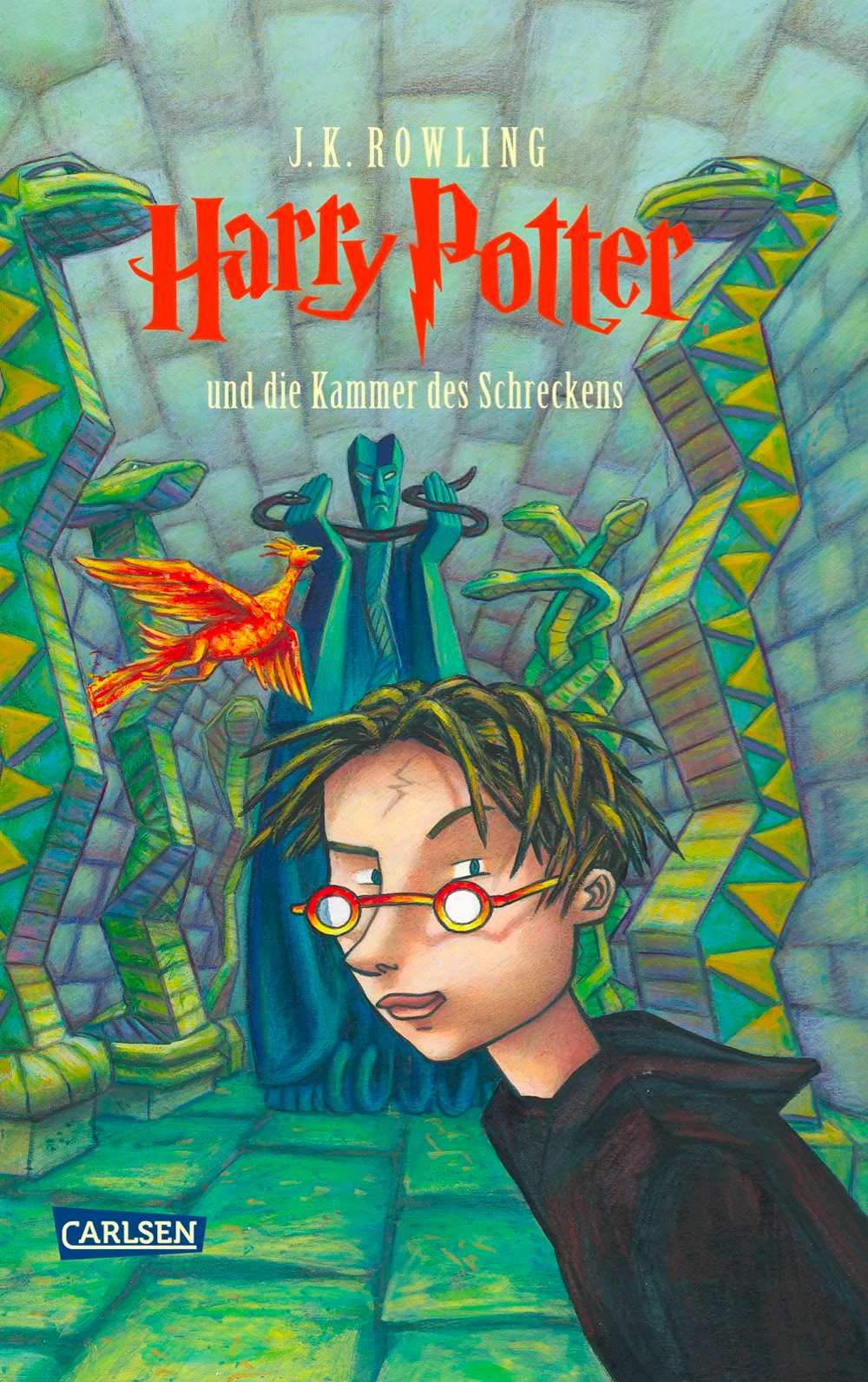 Like most Chamber of Secrets covers, Fawkes the Phoenix makes a swooping cameo. 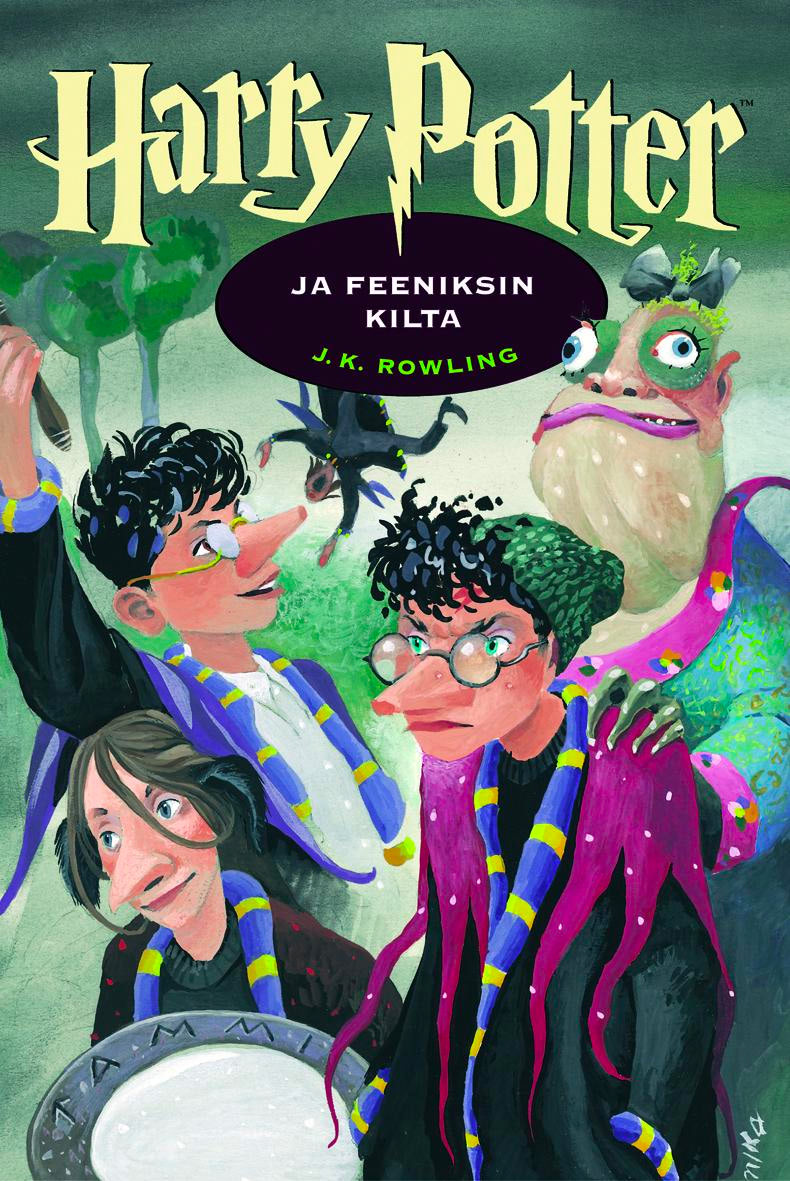 Finnish Order of the Phoenix cover: is that Professor Umbridge or an actual toad?

The Finnish Harry Potter translations are illustrated by artist Mika Launis and have a pretty noticeable theme: the characters all have, er, giant noses.

Launis’ Order of the Phoenix (Harry Potter ja Feeniksin kilta) cover gets a mention in this list for one fantastic reason: Professor Umbridge is about as disgustingly toad-like as one can imagine. 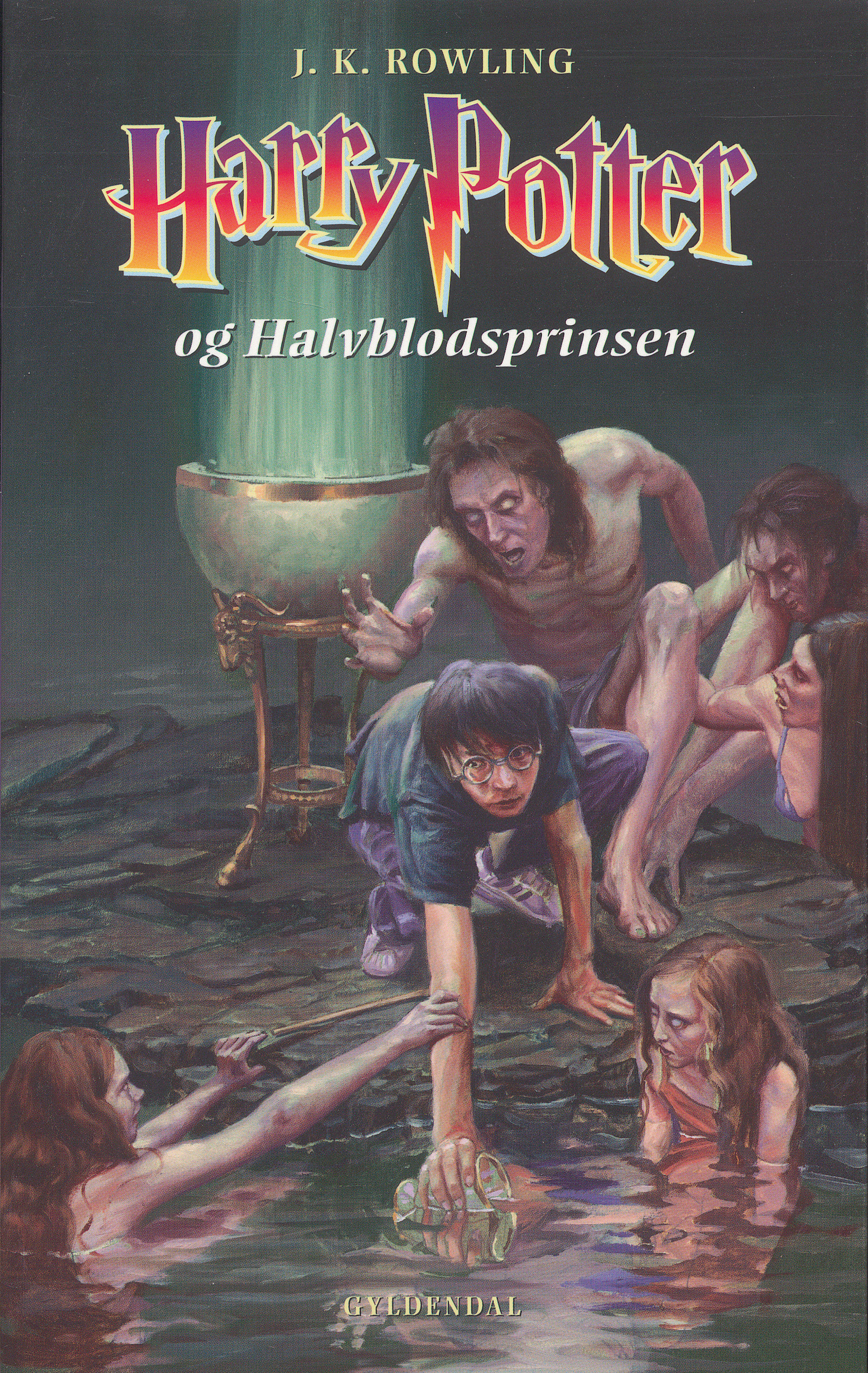 Check out the super creepy Inferi on Per Jørgensen’s Danish Half-Blood Prince cover.

Artist Per Jørgensen designed the cover artwork for the Danish translations of the Harry Potter books. 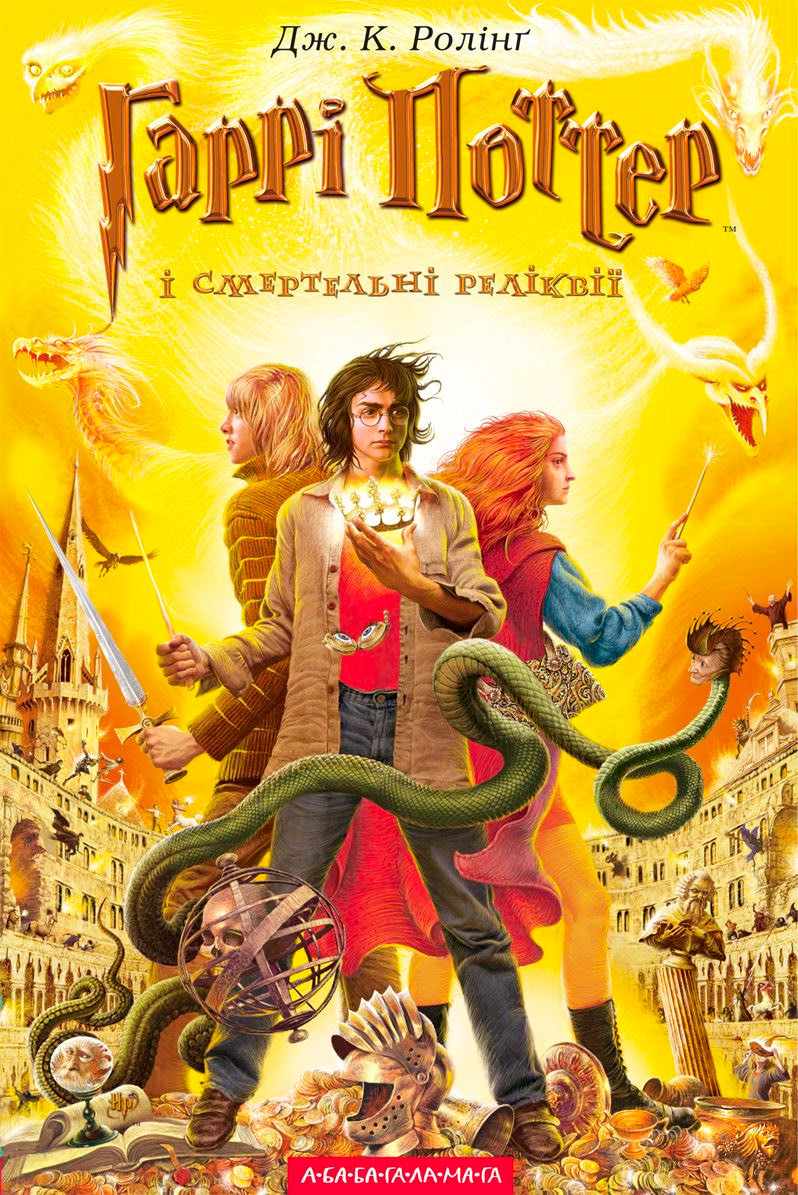 The Ukarian translations of the Harry Potter books feature boldly coloured artwork by Vladislav Erko, and his final cover earns the last place in our list.

Interested in seeing more artwork? Check out our book covers section to see more covers from around the globe. 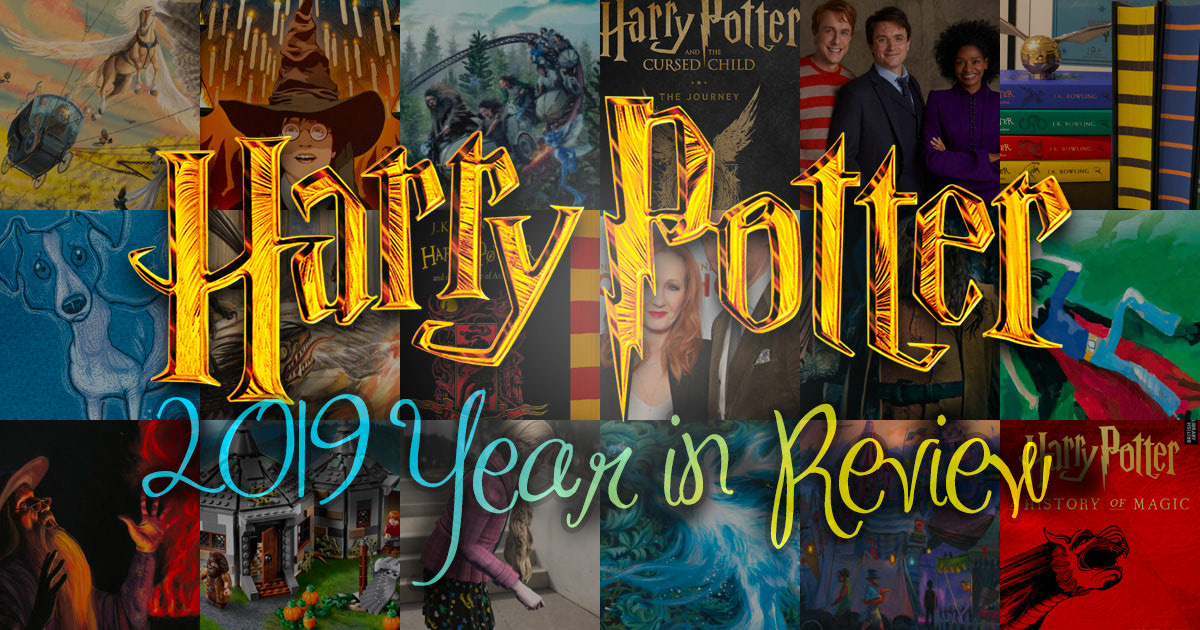 2019: a ‘Harry Potter’ year in review Illustrated and house editions, ‘Cursed Child’, mobile games and rollercoasters! Take a look back at 2019 in ‘Potter’. 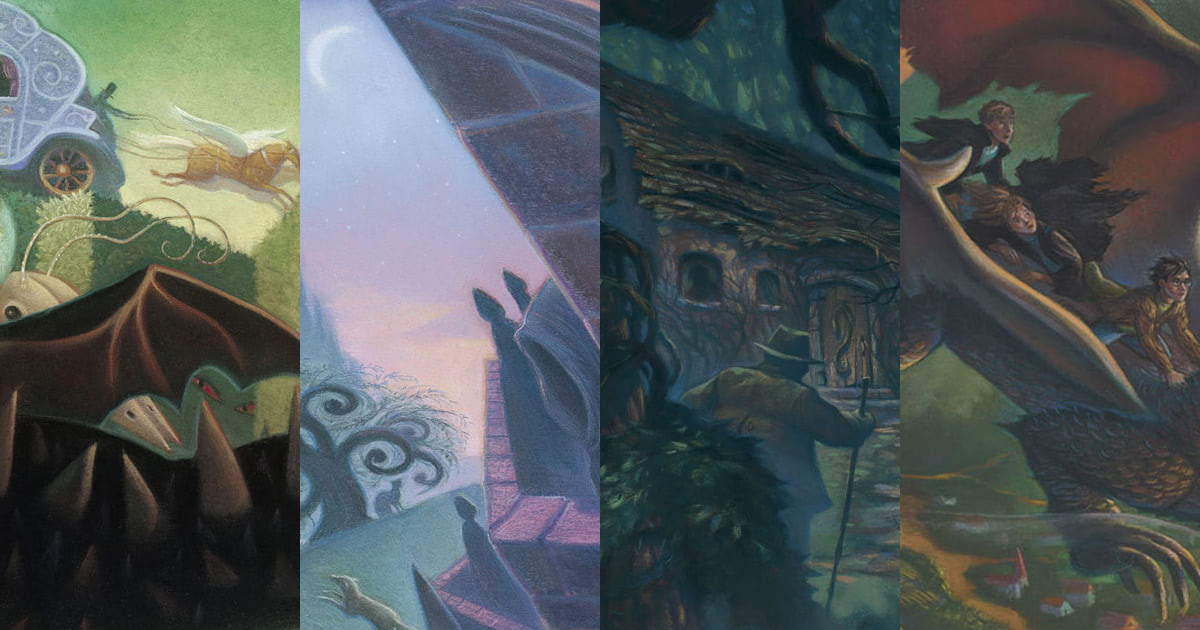 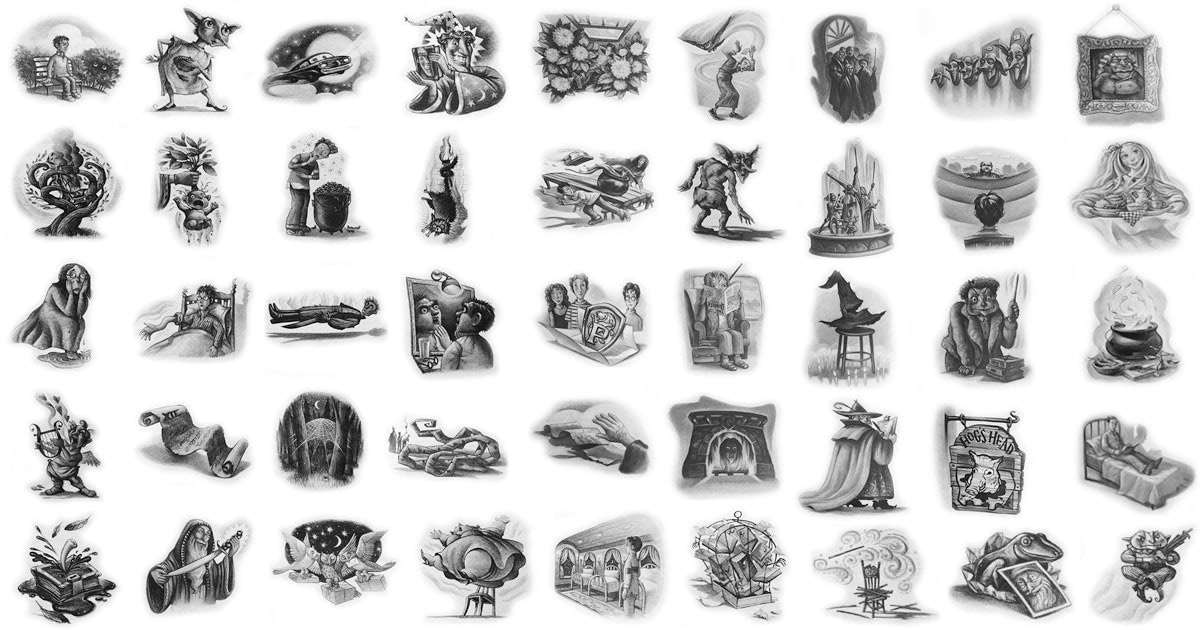 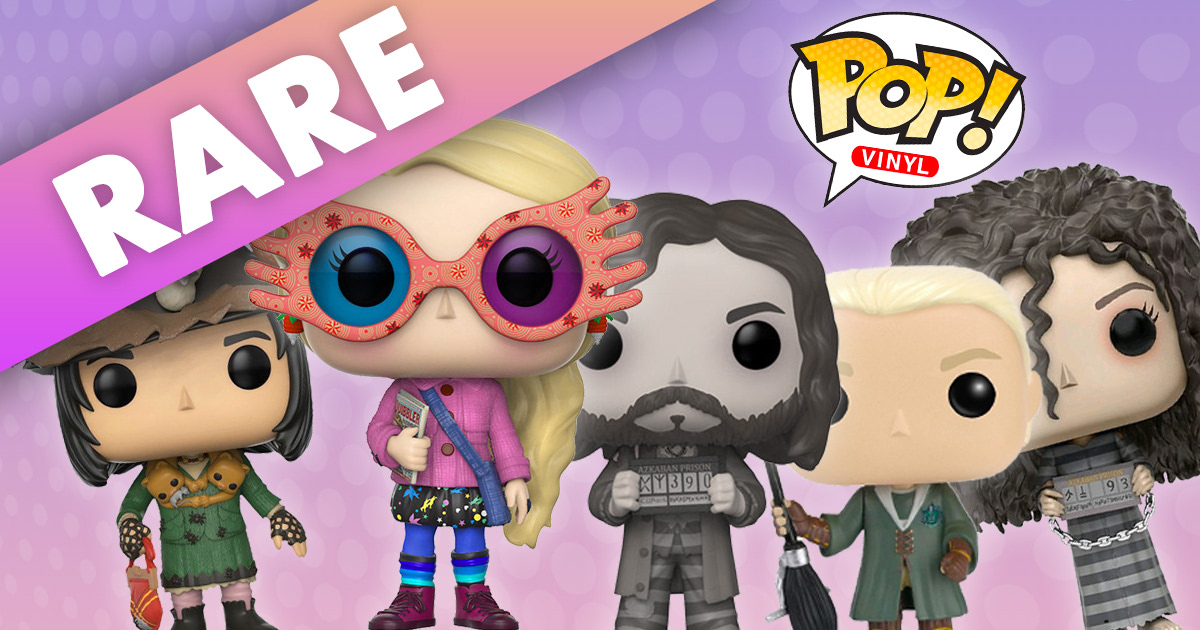